Observation Point. Take the shuttle to the Weeping Rock stop.

If you’re short on time and deciding between Observation Point or Angel’s Landing, I’d pick the latter. Angel’s Landing has more of a thrill factor with the chains and the narrow paths — lots of picture opportunities and you can be done in 2.5 hrs. Observation Point is a strenuous 5-hour hike, 8 miles round trip, and has similar views as Angel’s Landing (but higher and has a nice panoramic view). It IS longer and steeper, so I would start earlier in the day to avoid the sun. 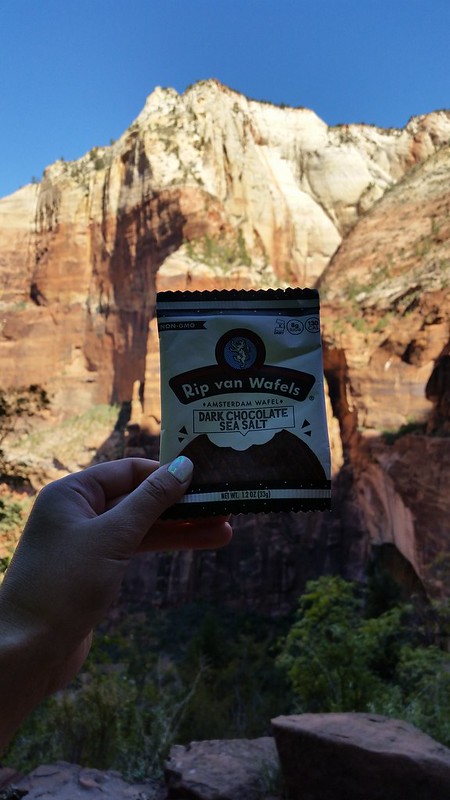 Definitely bring some snacks and lots of water. This is really good, by the way. Rip van Wafels! Dark chocolate sea salt. Sorry for the dark picture. 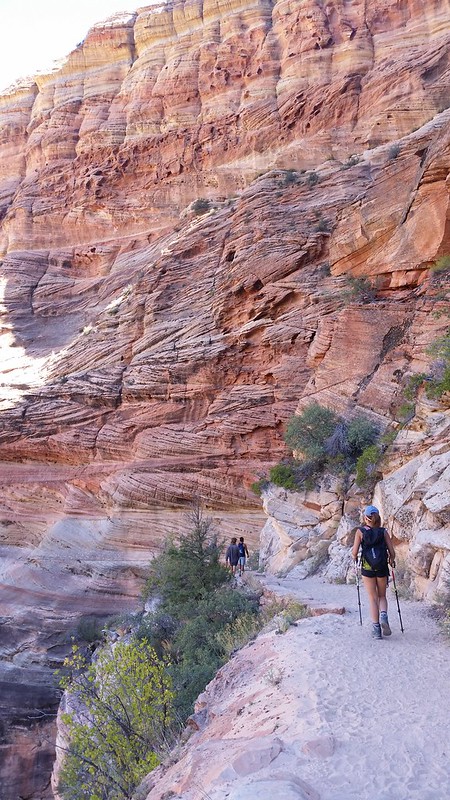 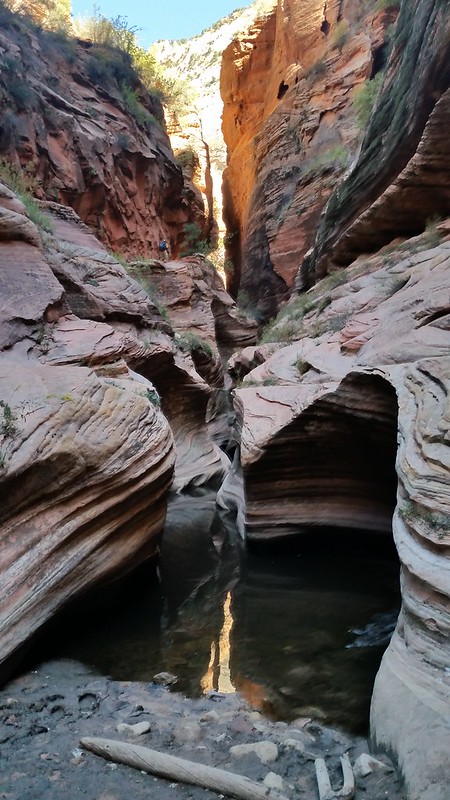 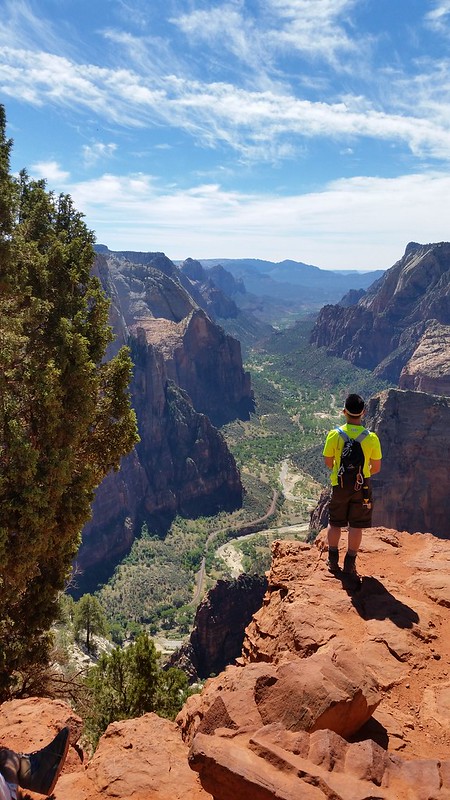 This was a similar viewpoint as Angel’s Landing (previous post here). 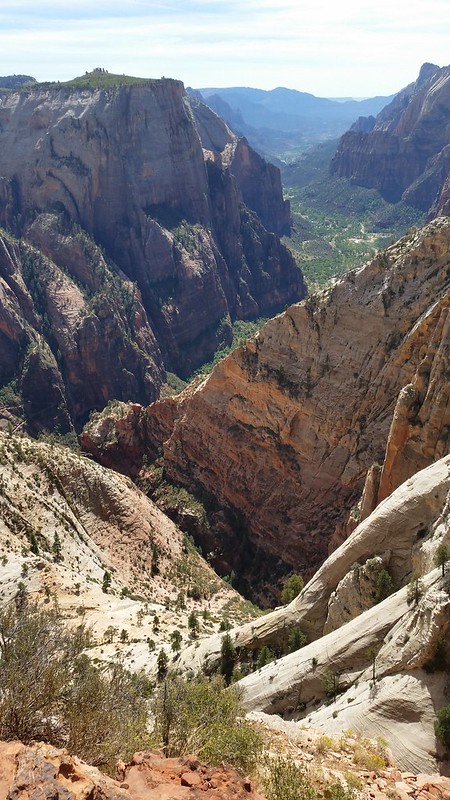 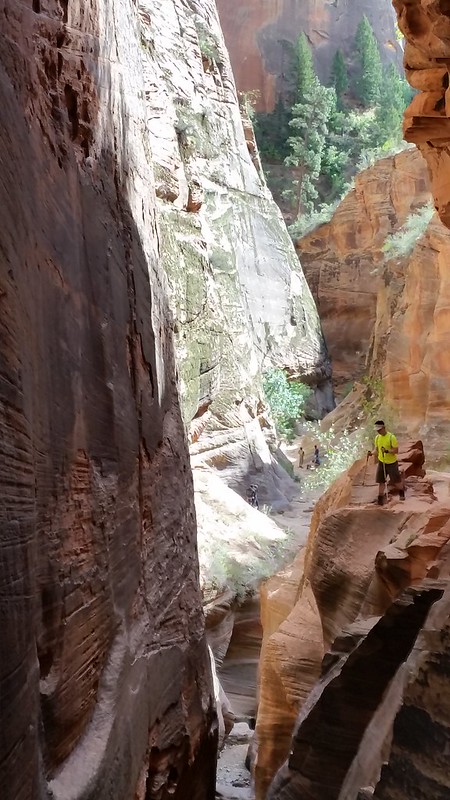 Some people rock climb in this crevasse. Pretty cool. 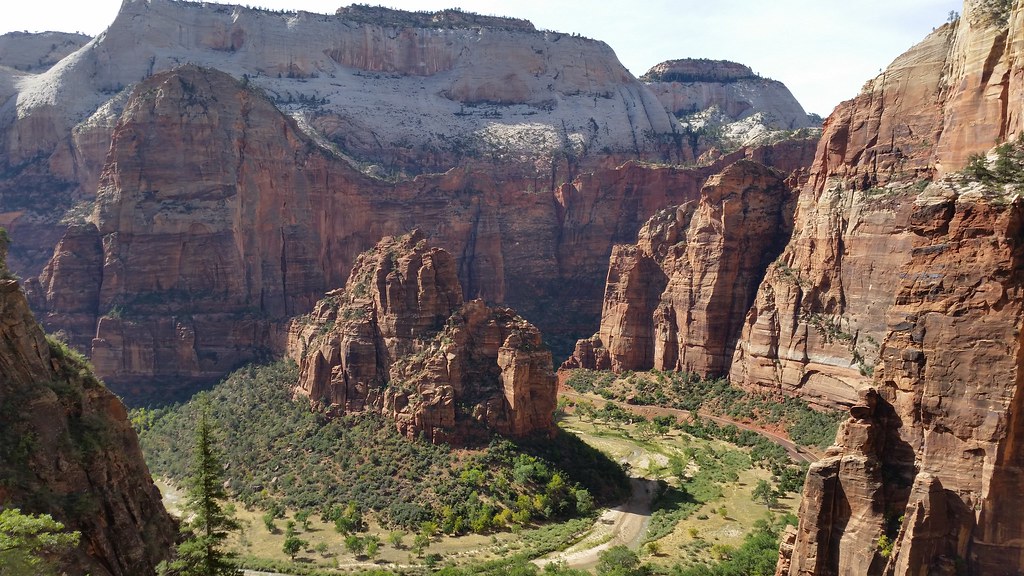 After this hike, we left Zion and drove towards Bryce Canyon National Park. 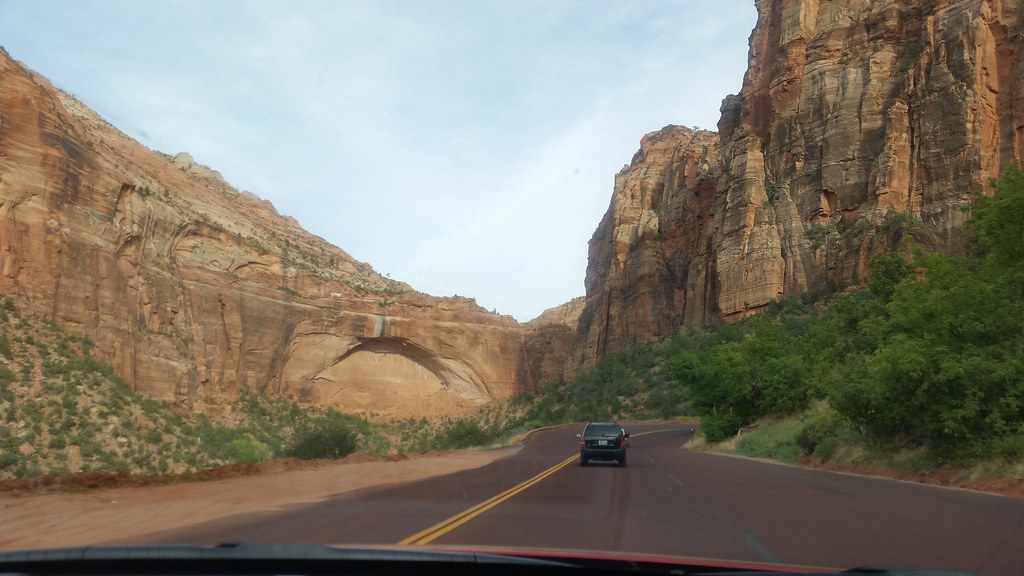 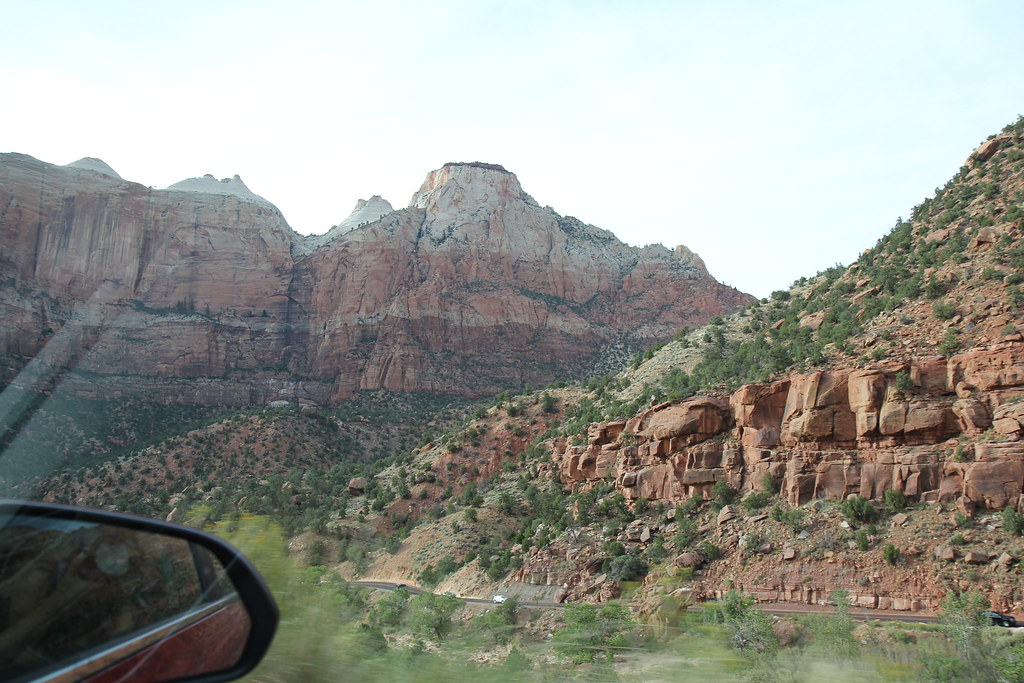 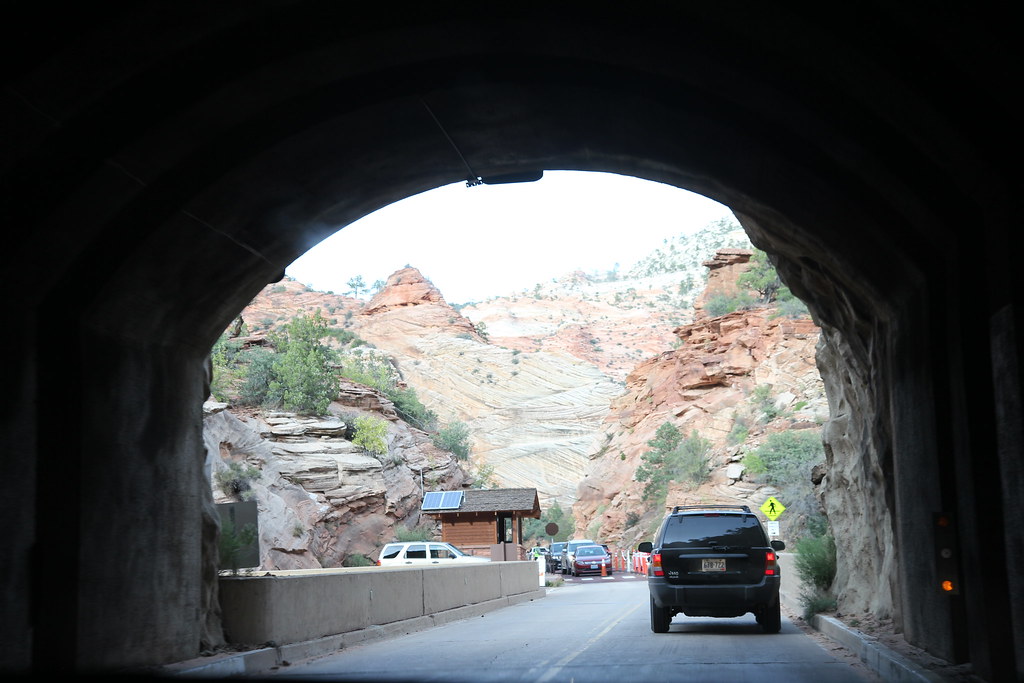 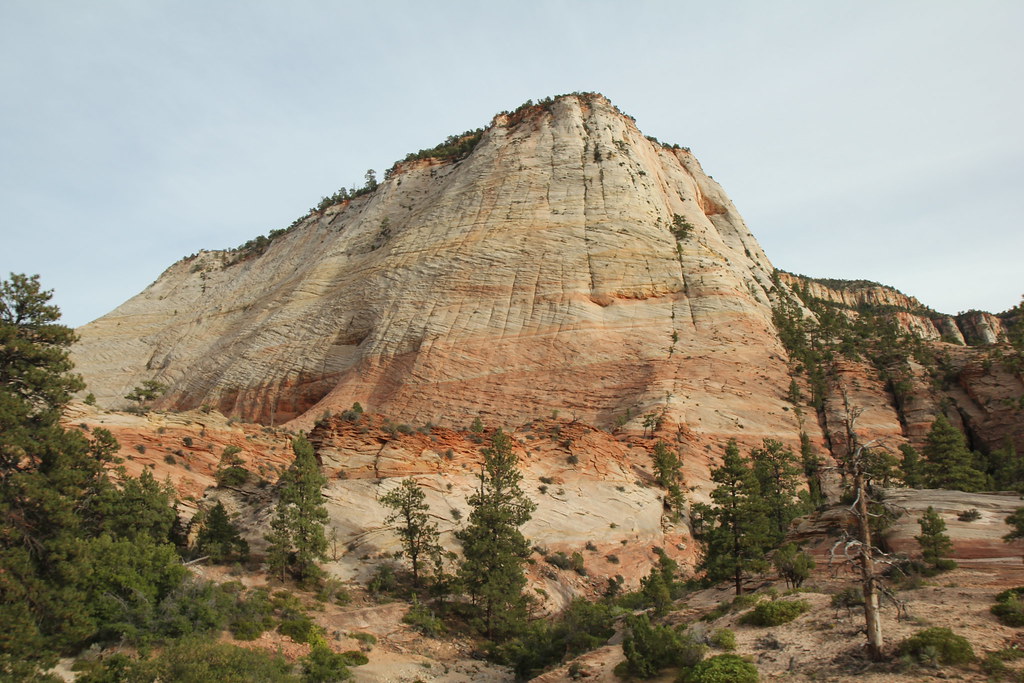 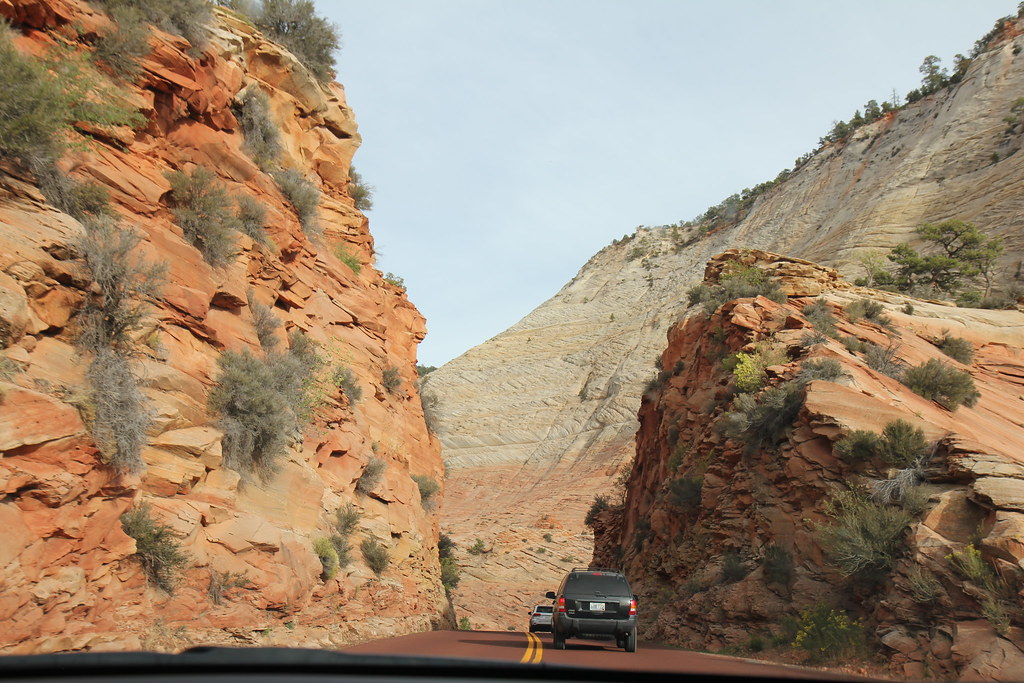 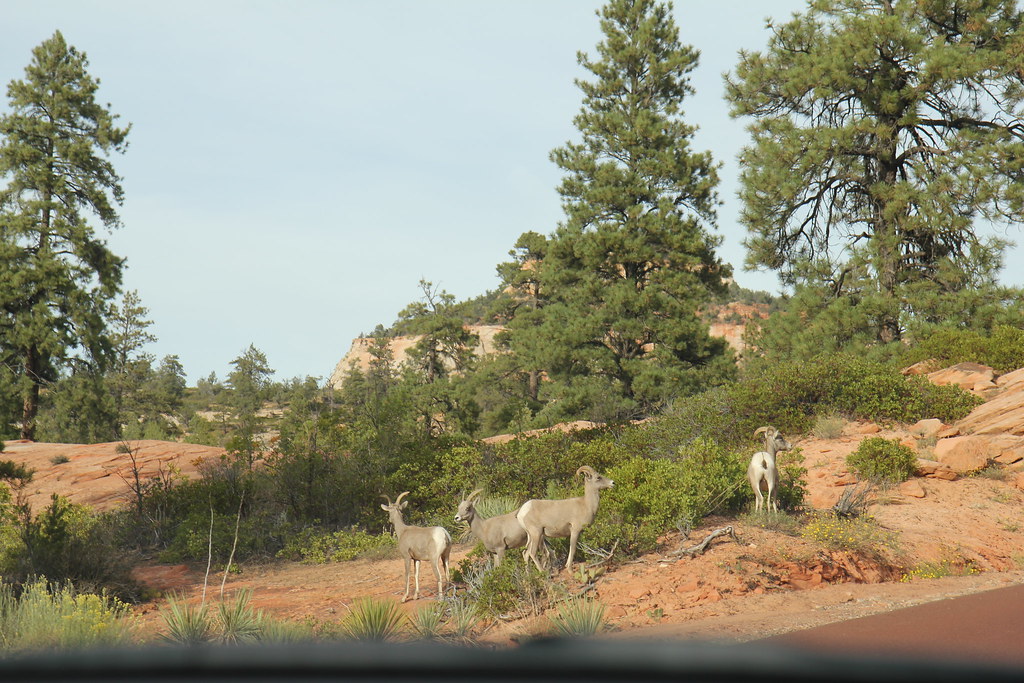 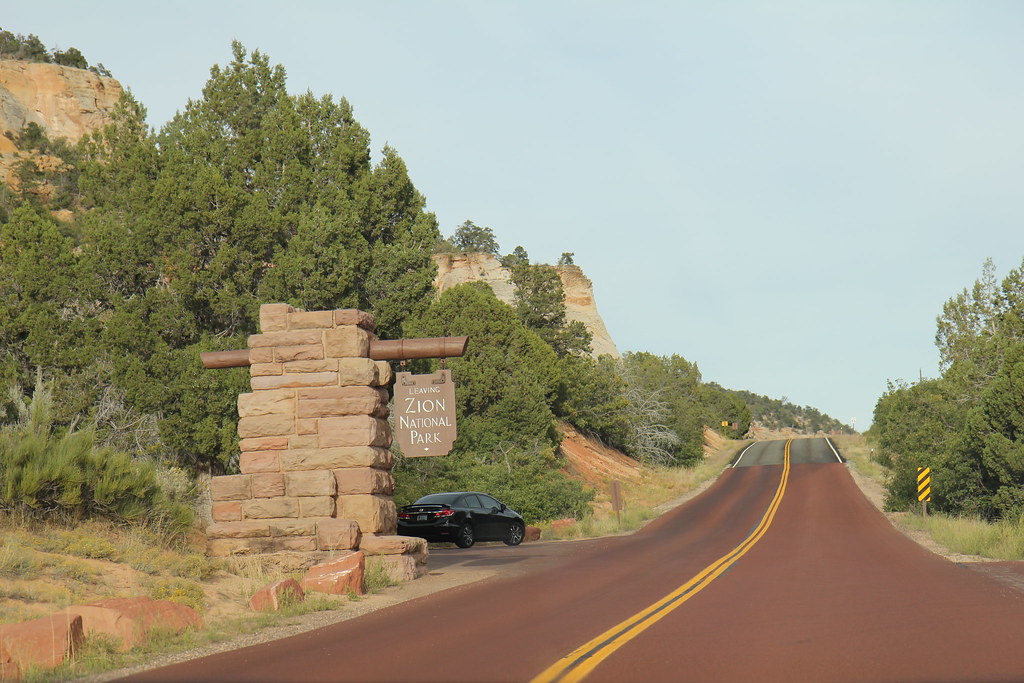 You can see we’re leaving Zion when the road abruptly stops being red. 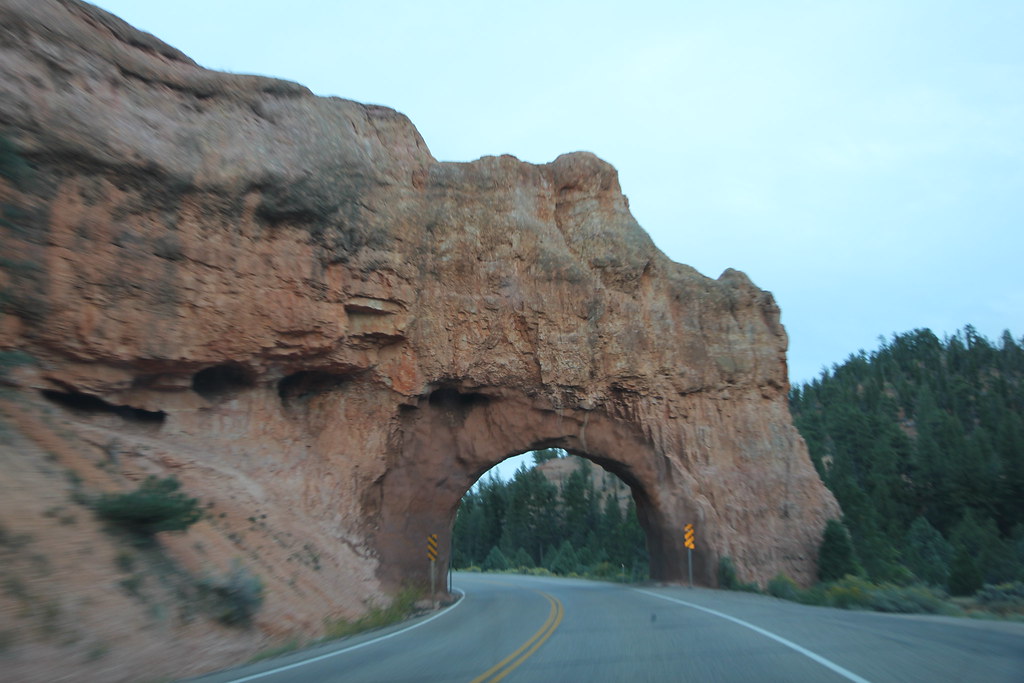 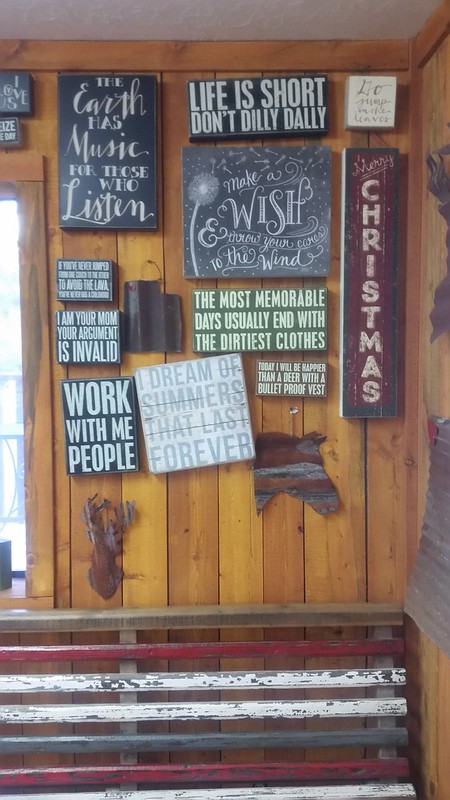 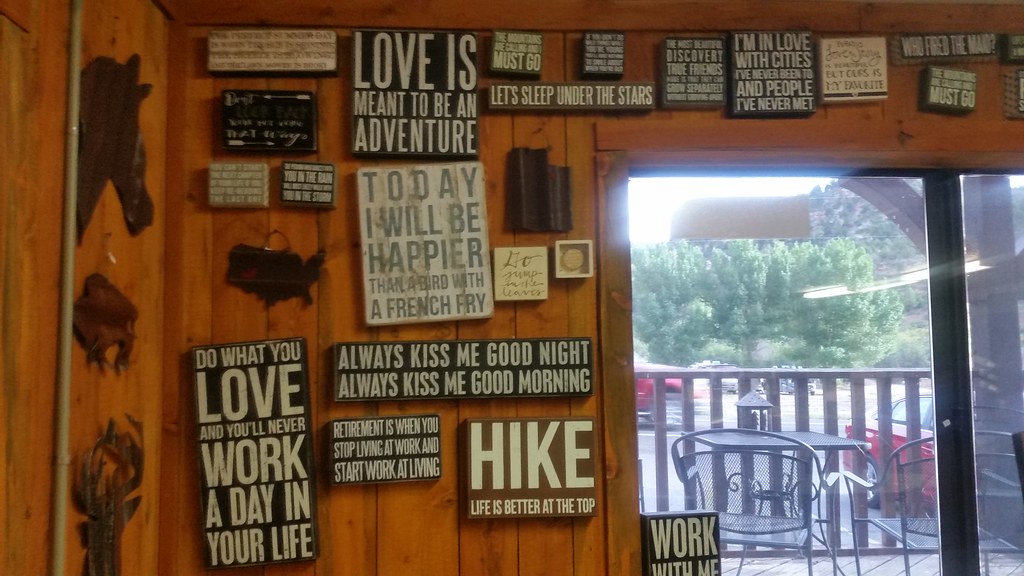 We stopped by this gift shop/restaurant for huckleberry ice cream. 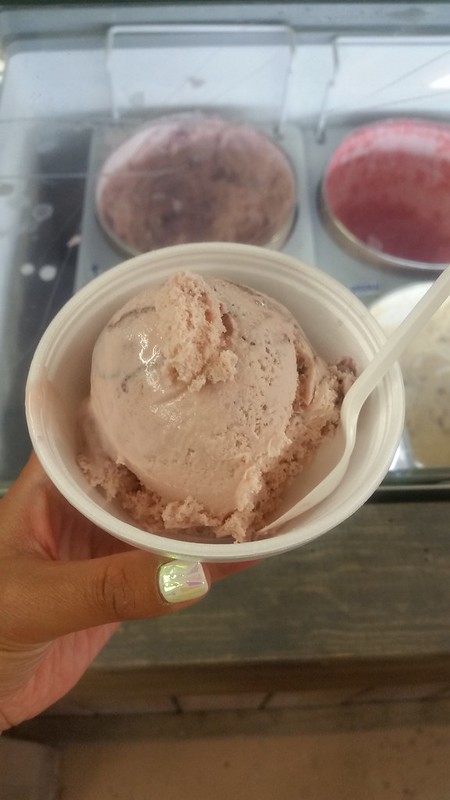 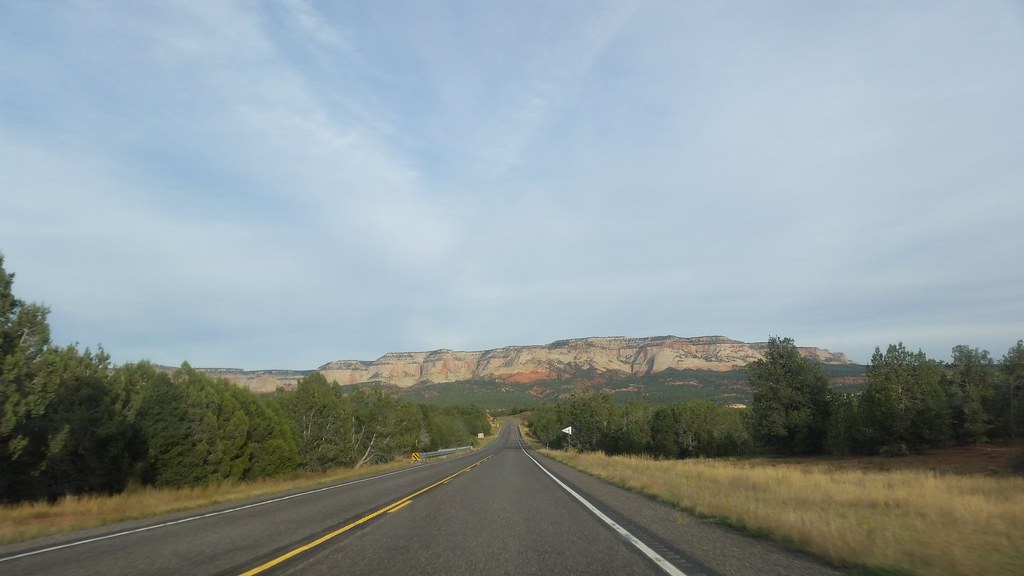 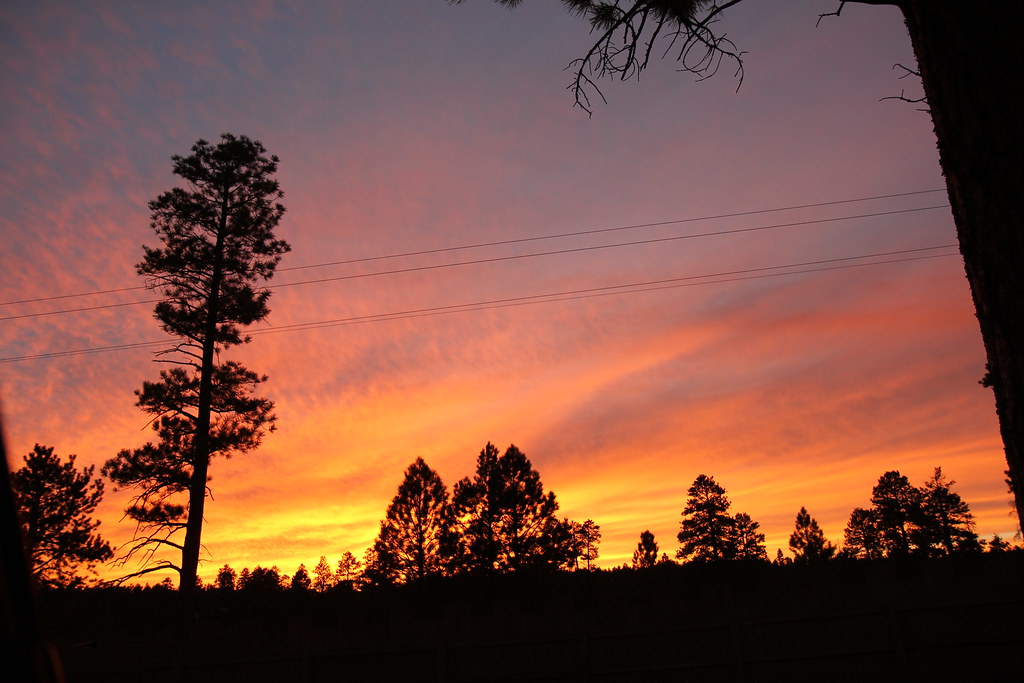 We got to the campground (near Bryce) around sunset. After we set up camp, we drove into Bryce Canyon to eat at the lodge restaurant. You can drive right into the park after hours for the restaurant. 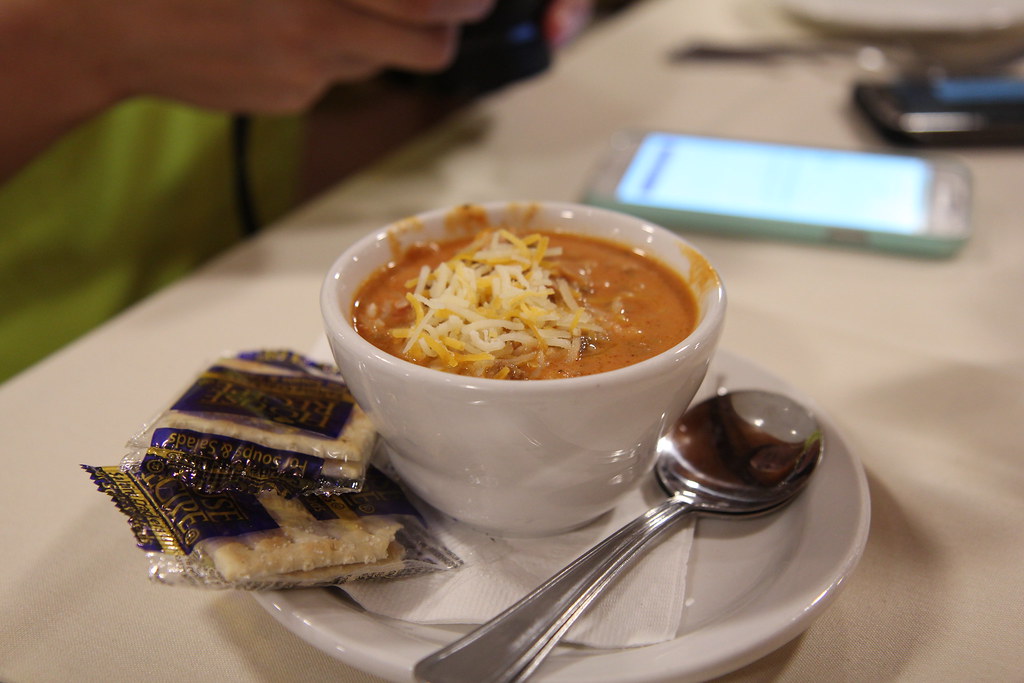 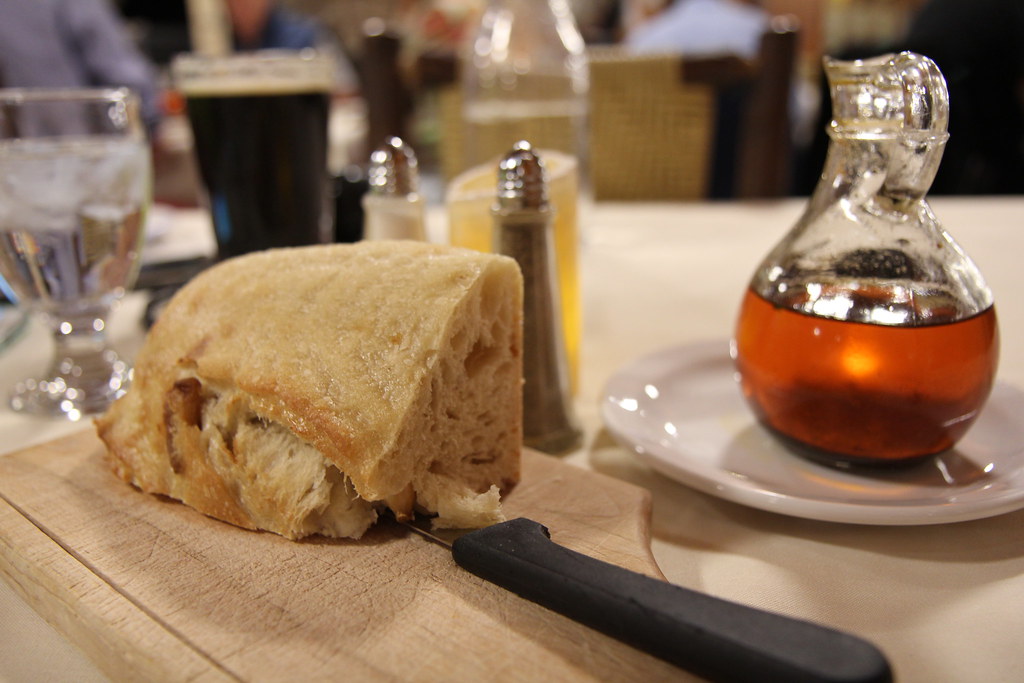 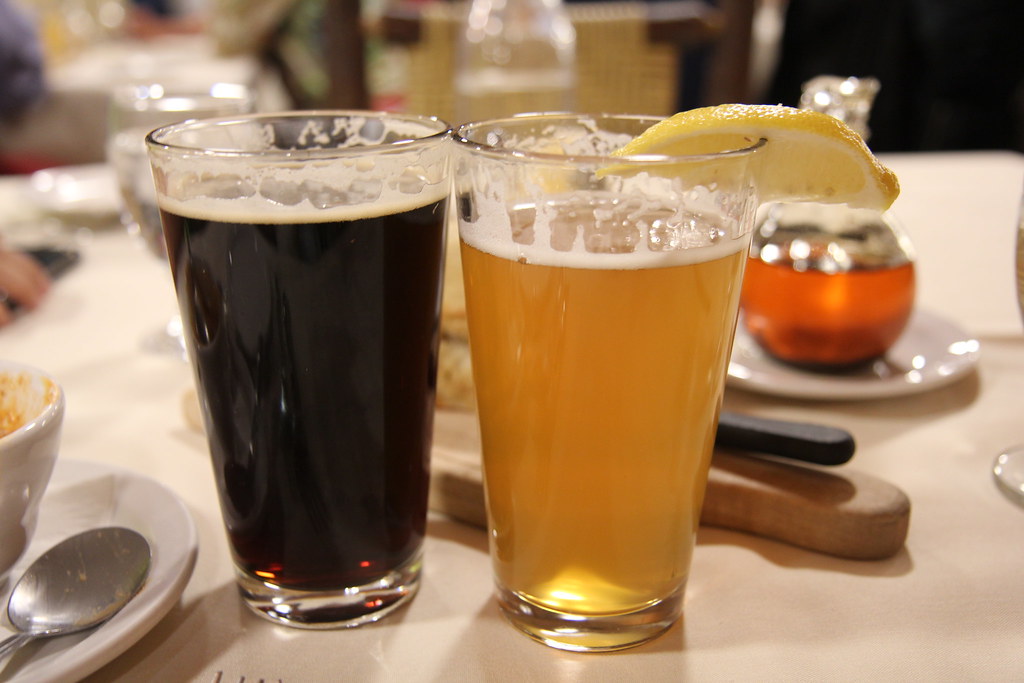 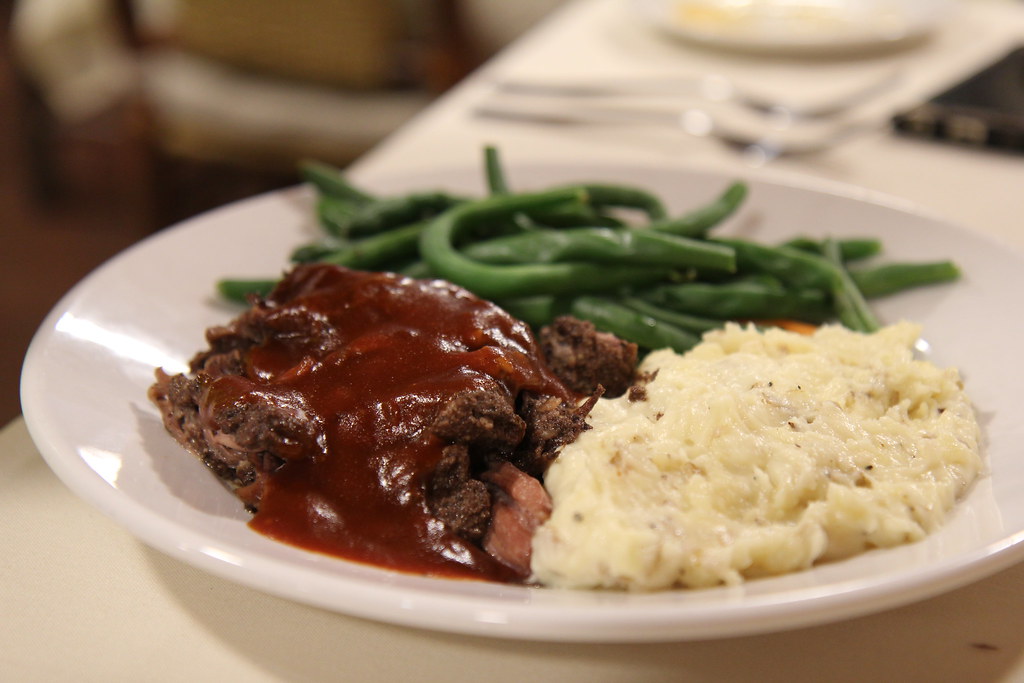 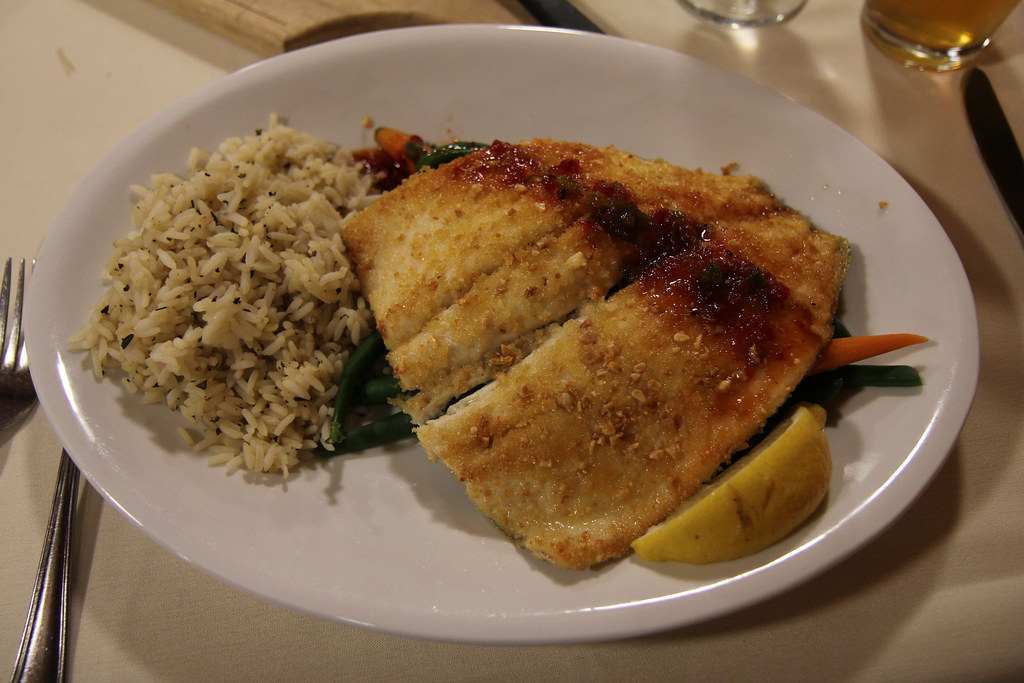 Some notes about the campgrounds: I recommend all the ones we stayed at — they will be listed at the bottom of each post. They were all very clean and had great individual showers, which was important to me…