From Santiago, we took a flight to Punta Arenas and stayed at a hotel overnight. Cab fare from airport to hotel was 9000CP ($13 USD in Dec 2015).

To get to the park, we needed to take a bus from Punta Arenas to Puerto Natales, then a bus that connected Puerto Natales to Torres del Paine National Park, then another shuttle bus that took us to the actual hiking/lodging area. It’s a little complicated because you need to keep in mind that although buses run every hour from PA to PN, there are only 2 scheduled times for buses to go from Puerto Natales to Torres del Paine National Park; one at 7:30AM and one at 2:30PM. So the best thing to do is to stay overnight in Puerto Natales and take the early bus, or do what we did and take the 2:30PM one — but I would suggest staying at las Torres for the night and hike the next morning. (We did not do this, as you’ll read later)

In the early morning, we took a bus to Puerto Natales. If you want the earliest bus (7AM), you should book ahead of time. They run about every hour and it’s about a 3-hour ride. A bus ticket cost (in December 2015) $12,000 in Chilean Pesos, which was about $17 USD. 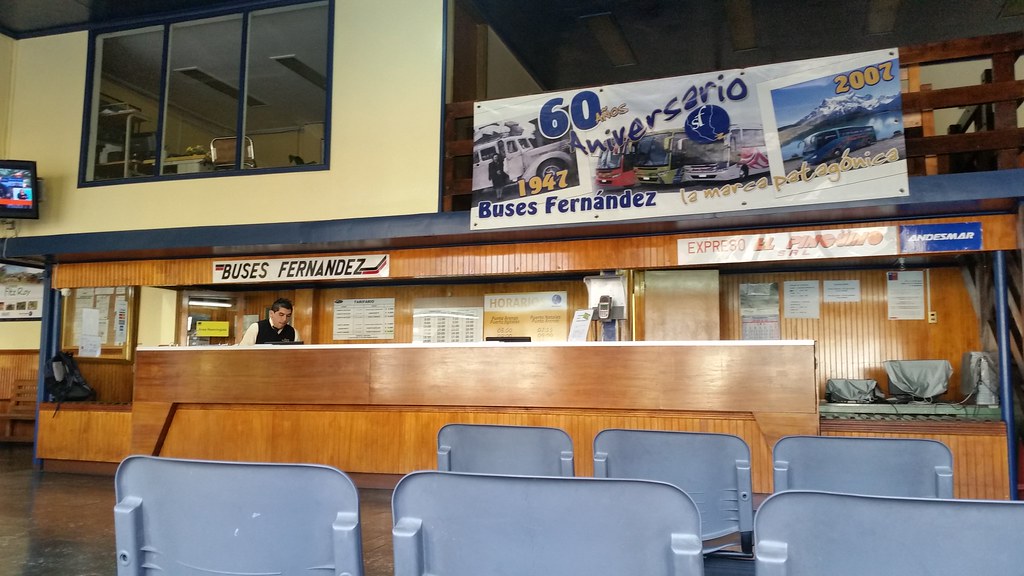 You can get food & supplies in Puerto Natales. It’s a small little town with some supermarkets and restaurants. I saw real backpackers stock up on huge bags of assorted nuts and dried fruits. 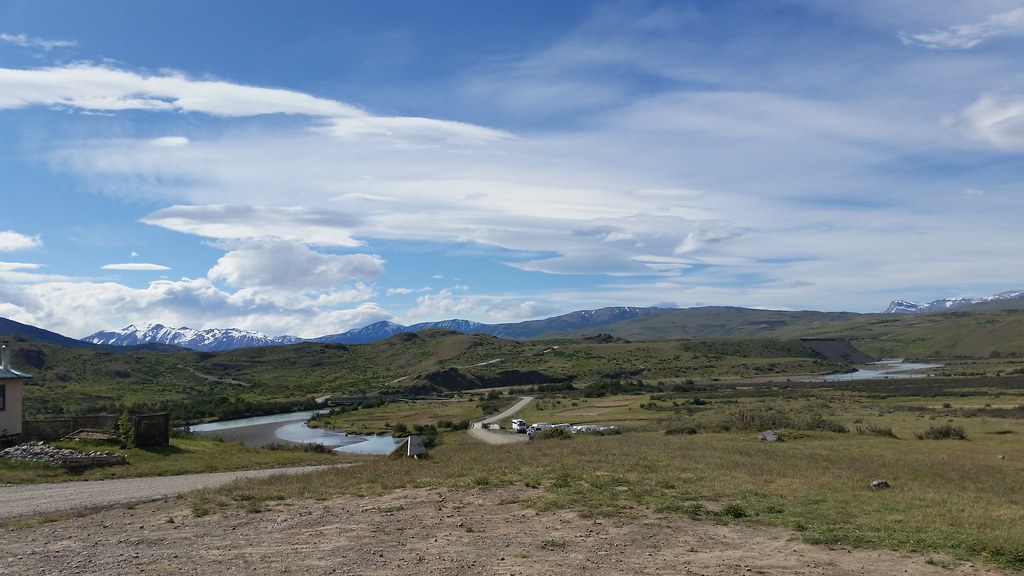 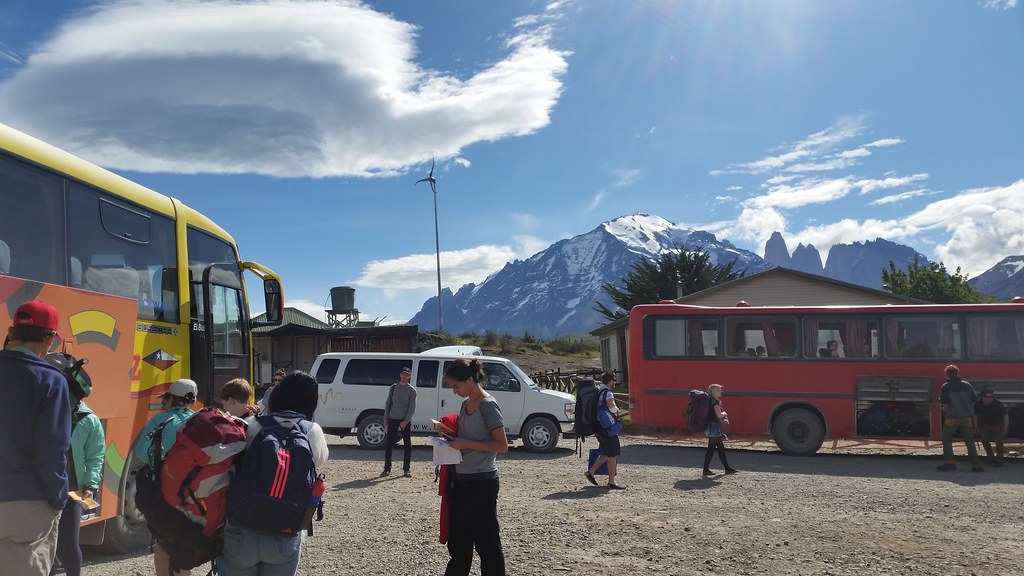 From Puerto Natales, we took another bus to the actual park, and another shuttle bus (additional cost) to get to the actual lodging/trails area. On the bus, we passed by pastures of sheep, llamas, packs of horses… it was an unbelievable sight. 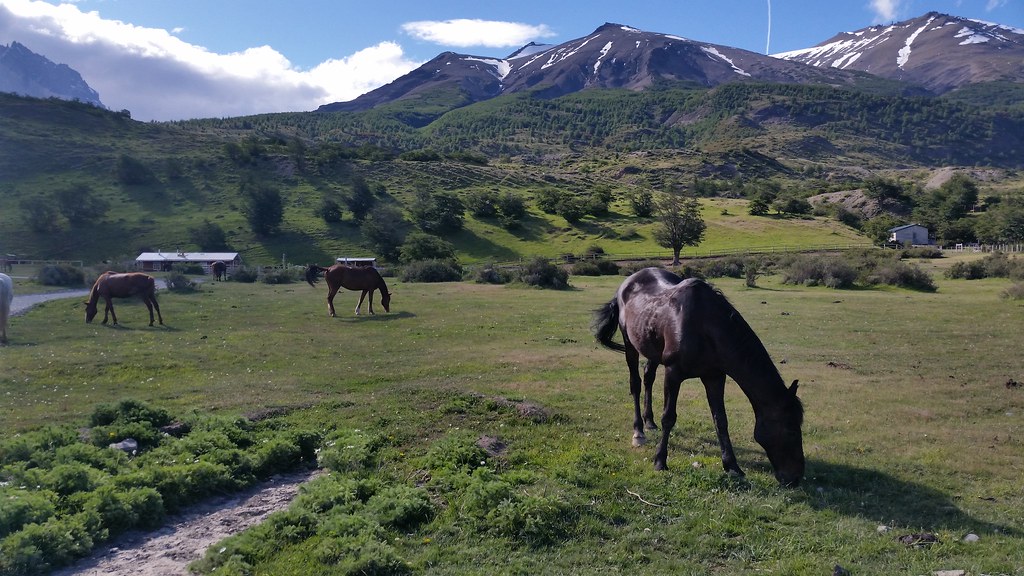 Here we are at Las Torres. 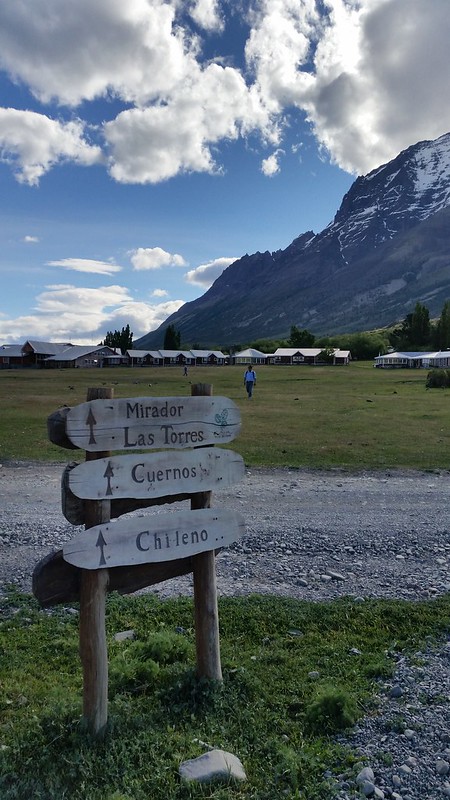 There are signs pointing to where the general directions are. We were planning to head to Cuernos, which was noted as a 5-hour hike from Torres. It was already 5PM. 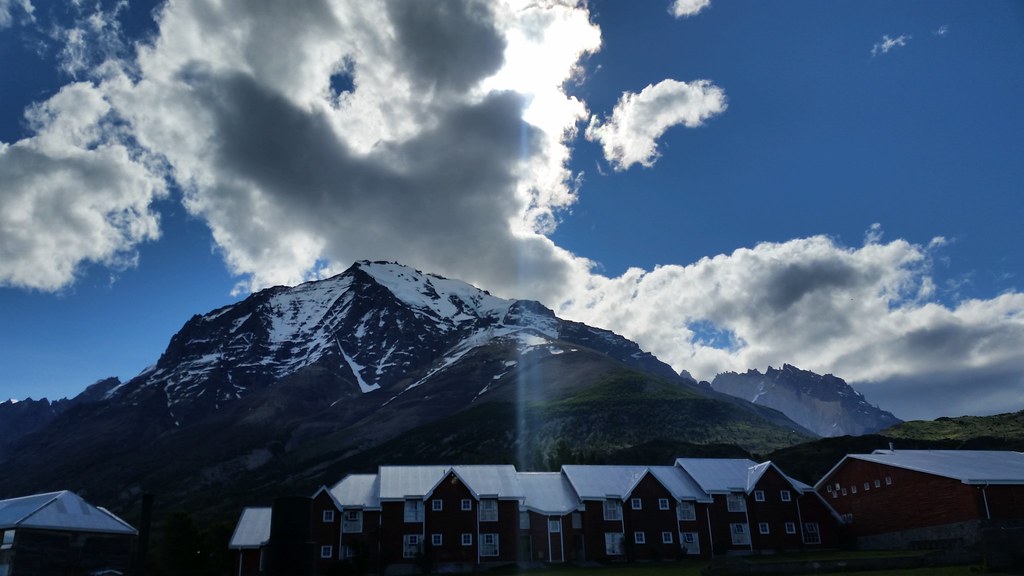 We had to beat the sundown. 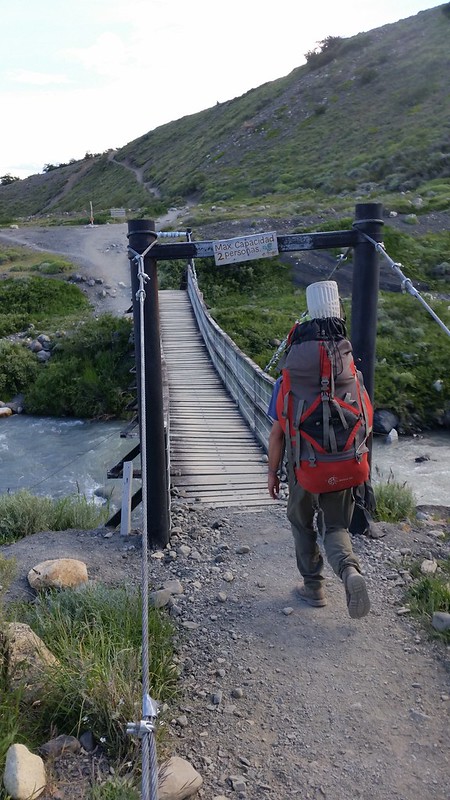 We were confused as to where to go, because there were no more signs. Luckily, a guide pointed us to the right way. 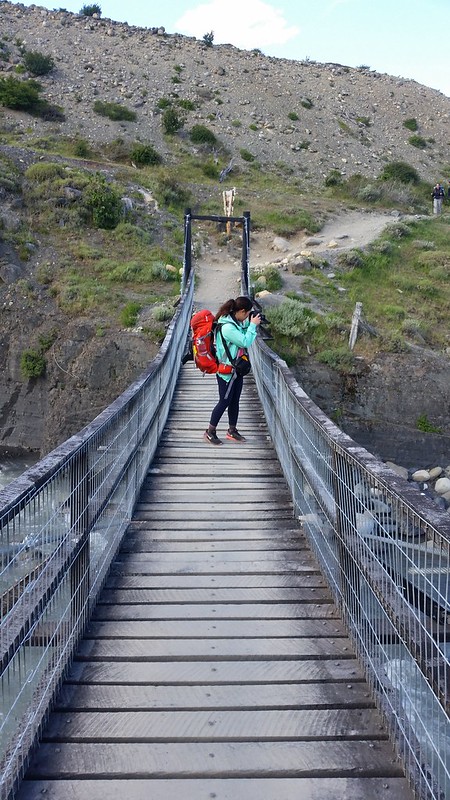 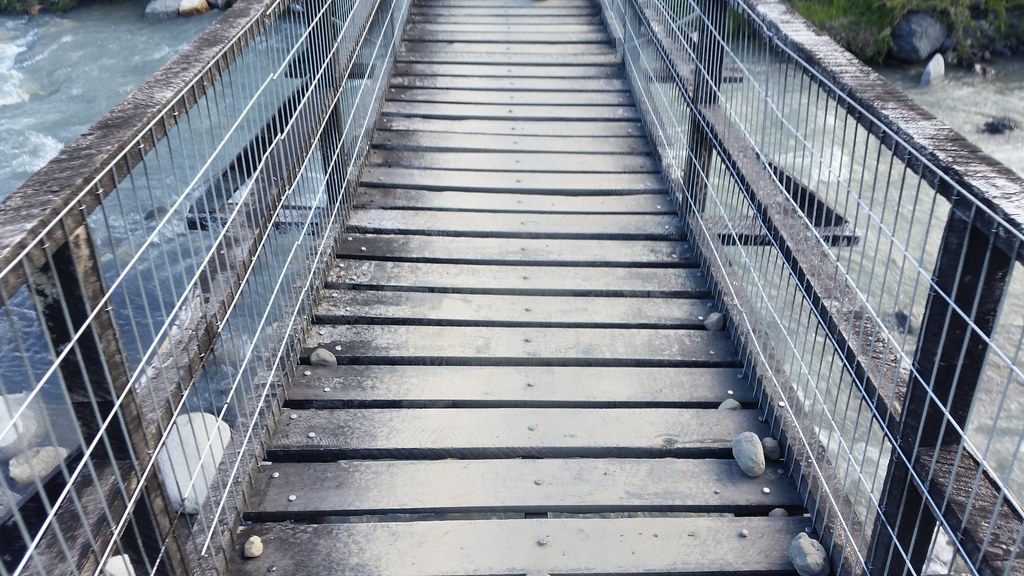 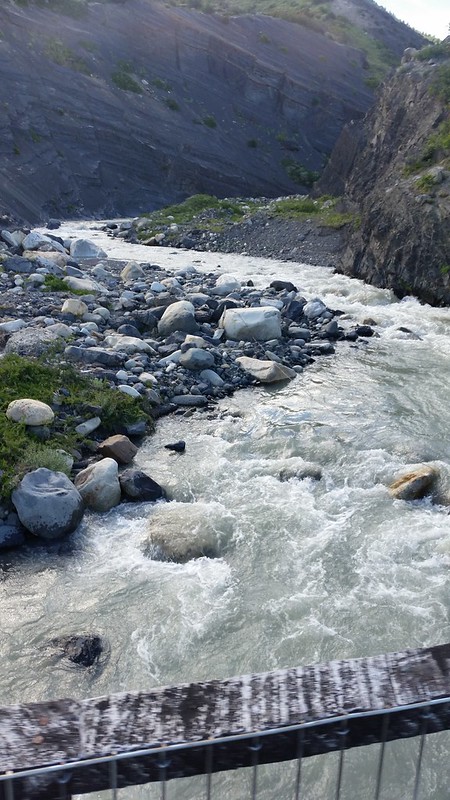 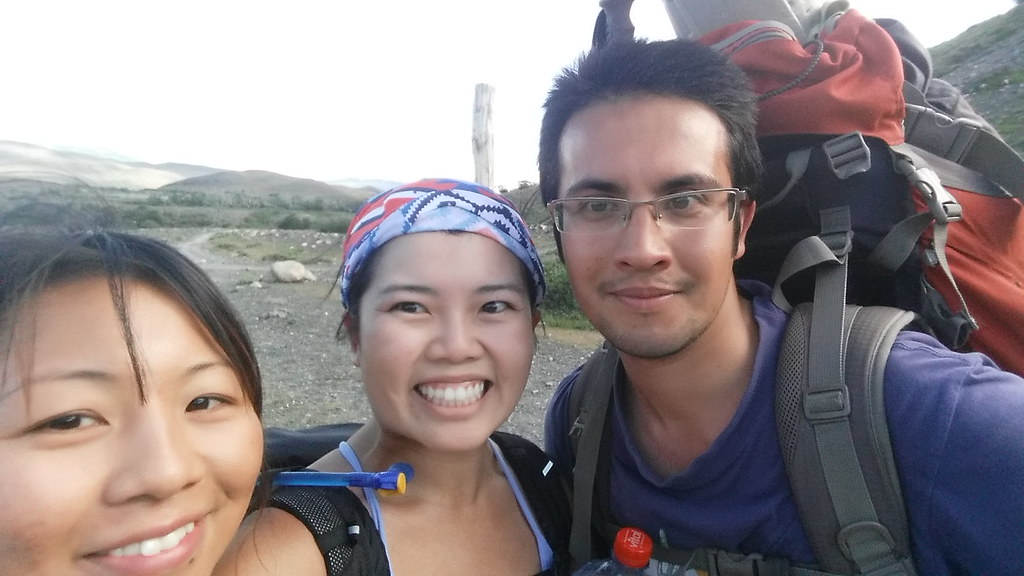 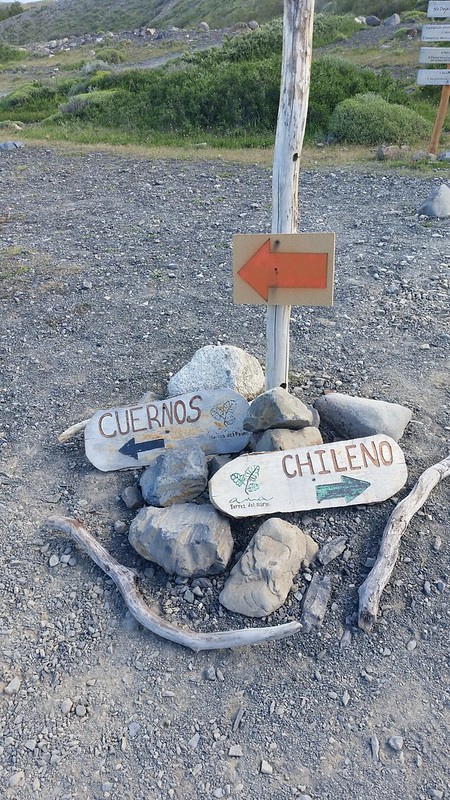 He was going to Chileno so we parted ways shortly after. 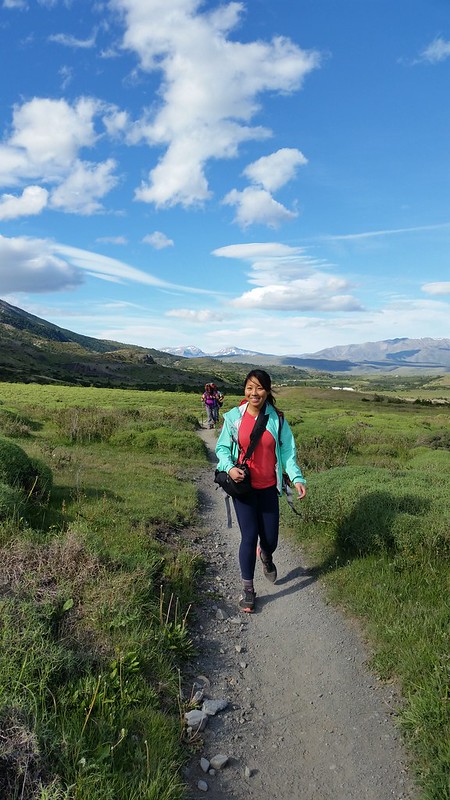 It was just us two now! (and a few stragglers behind, but they also went different ways) 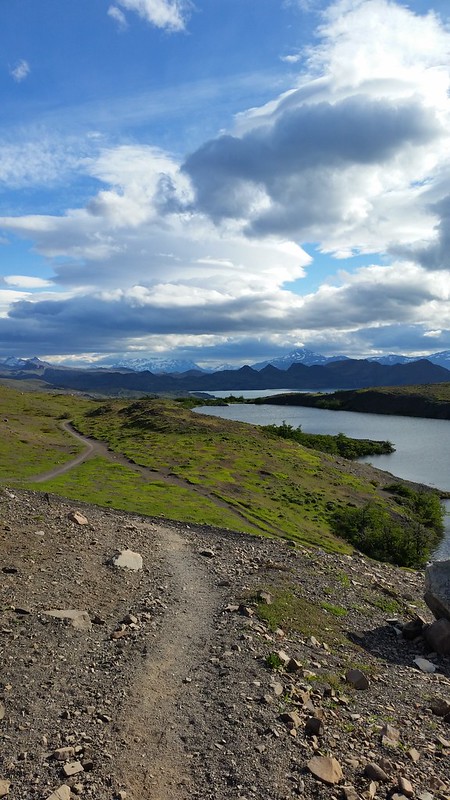 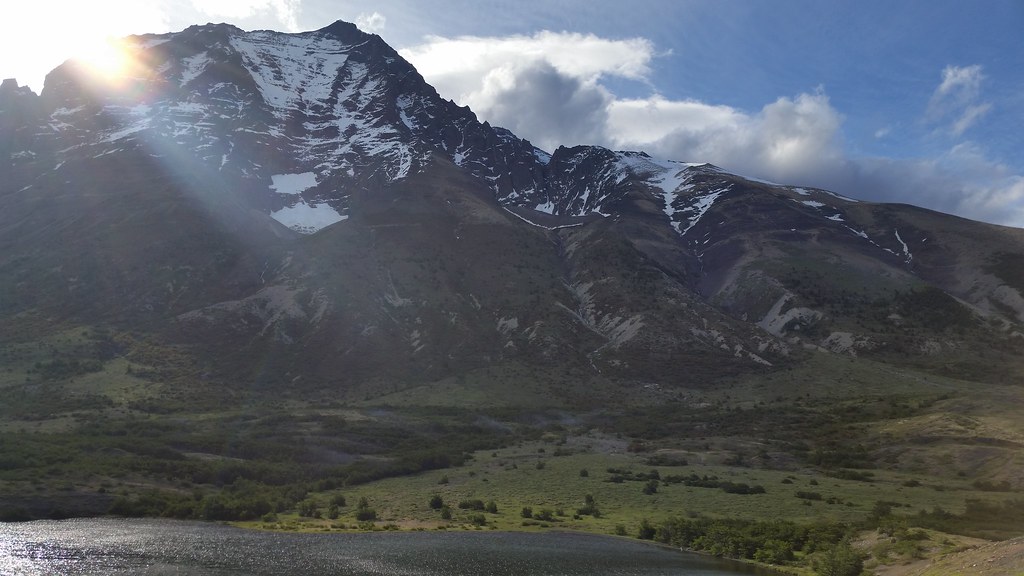 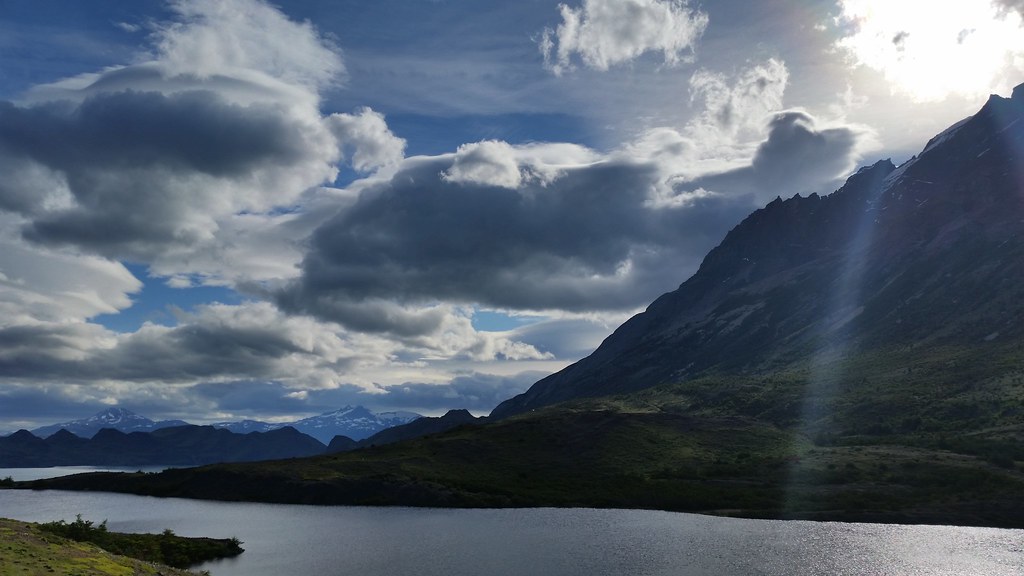 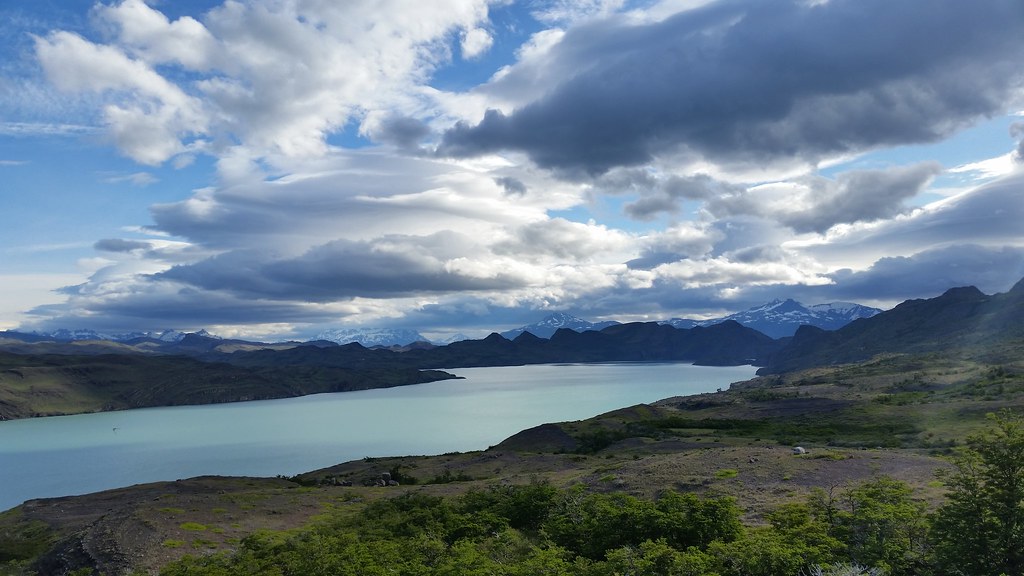 The color of the glacier water reminded me of British Columbia. 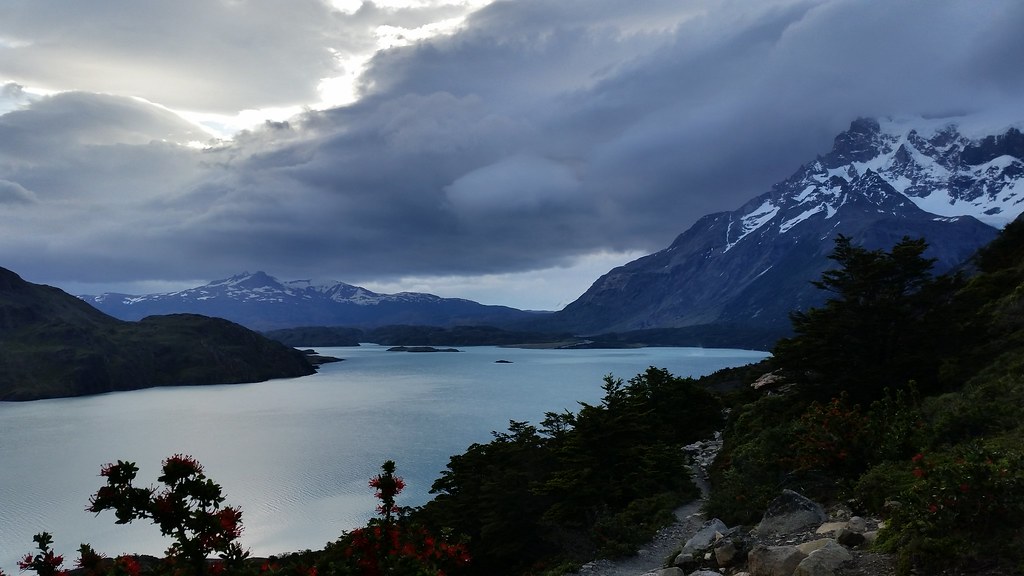 The sun was peeking out of the clouds, soon to leave us. We had to hurry. 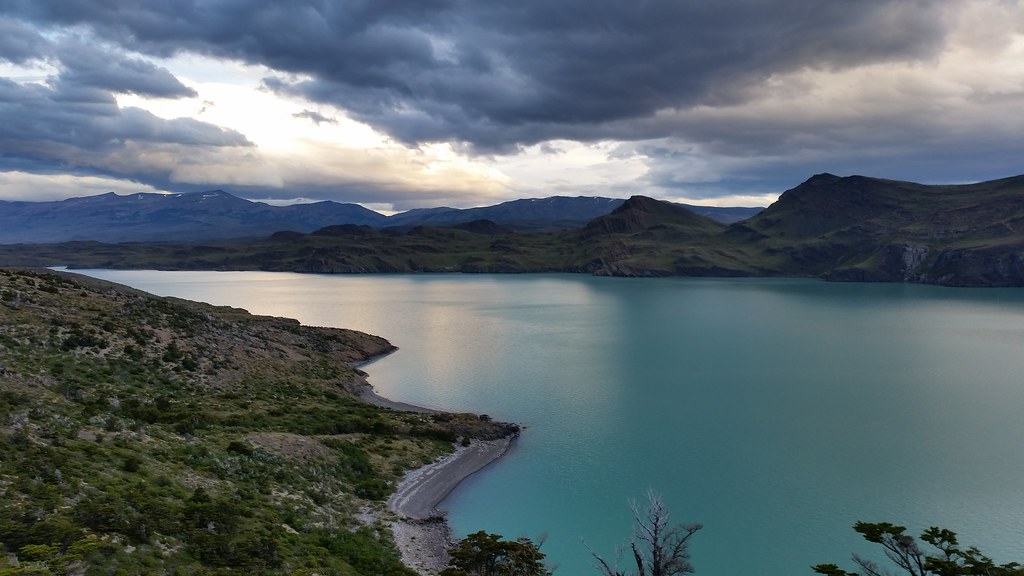 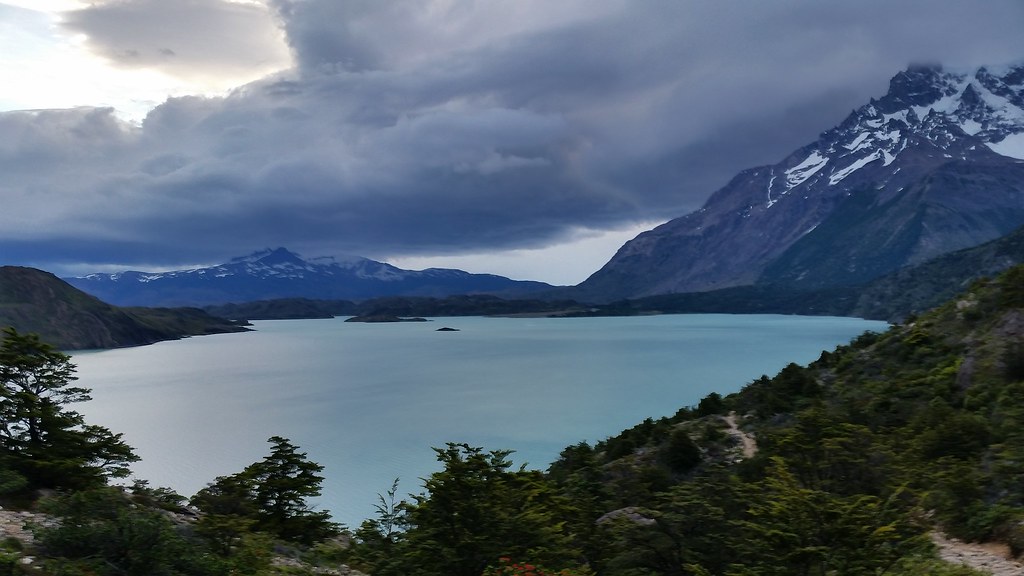 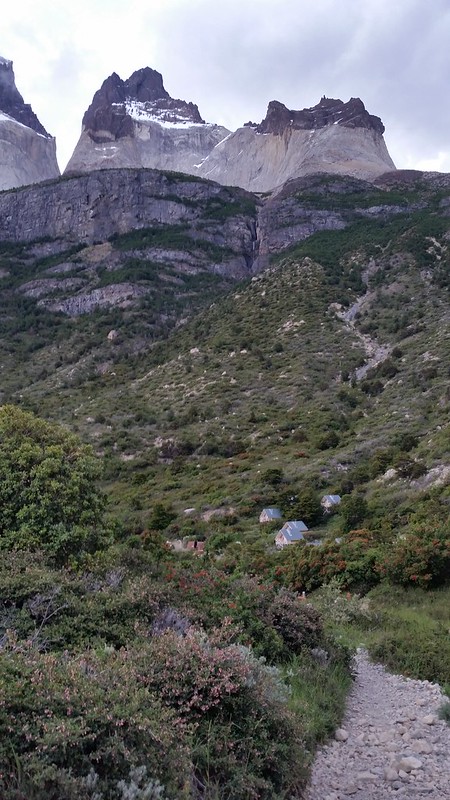 We saw these little houses in the distance, maybe we’re close?! 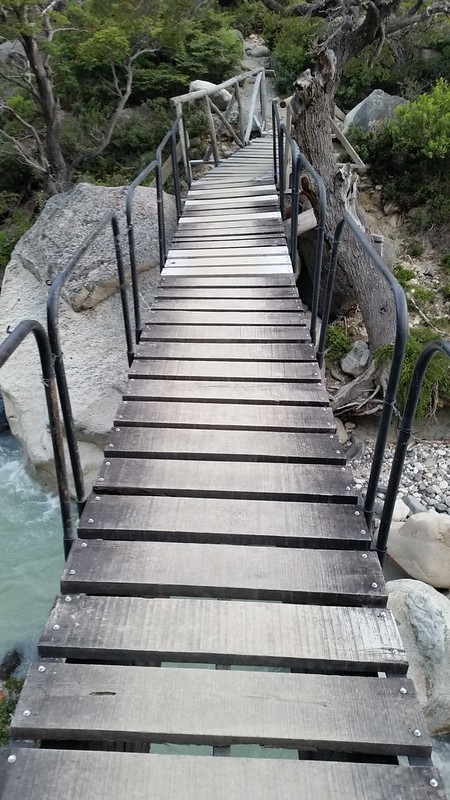 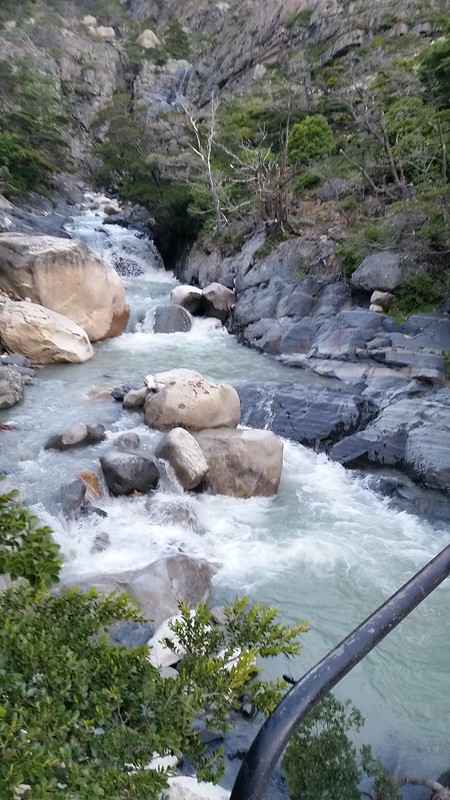 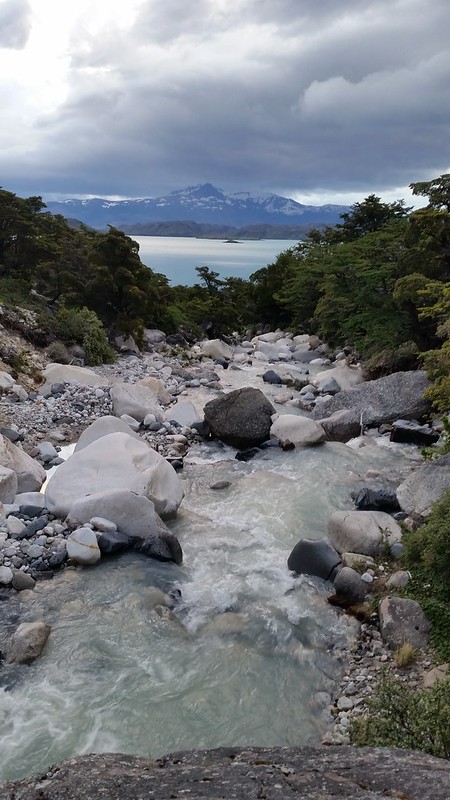 We crossed a lot of rivers by stepping onto rocks… some were slippery and some had very little exposed rocks.

We lost each other at the last part of the hike. I got to Refugios Los Cuernos and bumped into a very tall man who was staying there, and he told me to stay put while he ran towards the direction I pointed at while yelling out my friend’s name. I didn’t stay put. How do I know I can trust a random stranger?! But he actually brought her back to me. Hikers are good people.

It took us 4 hours and there was still light out at 9PM. Yay!

At Refugios Los Cuernos, they told us that dinner stopped at 9PM. But they were nice enough to let us eat whatever the staff was about to eat since we already pre-paid for our meals. 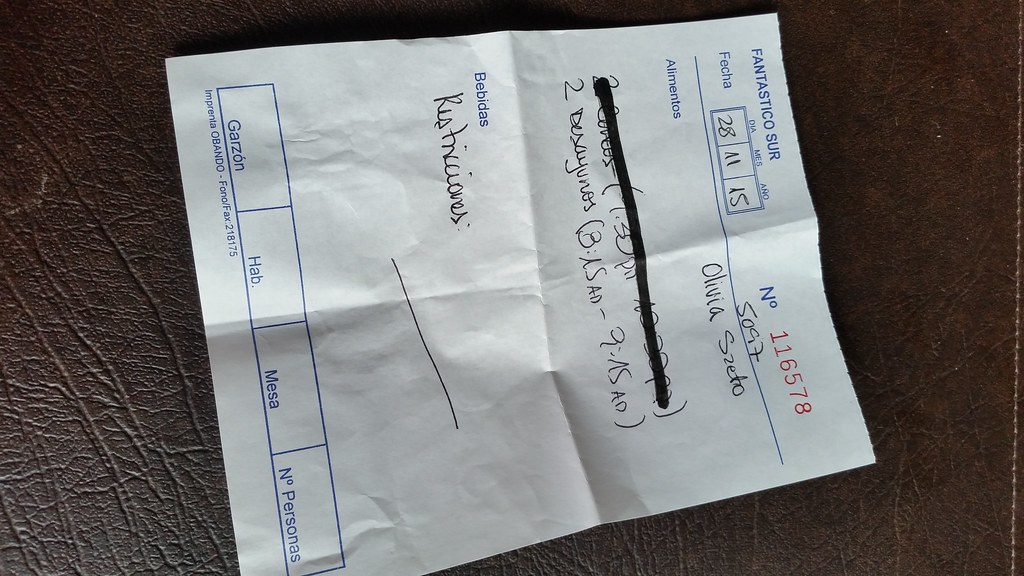 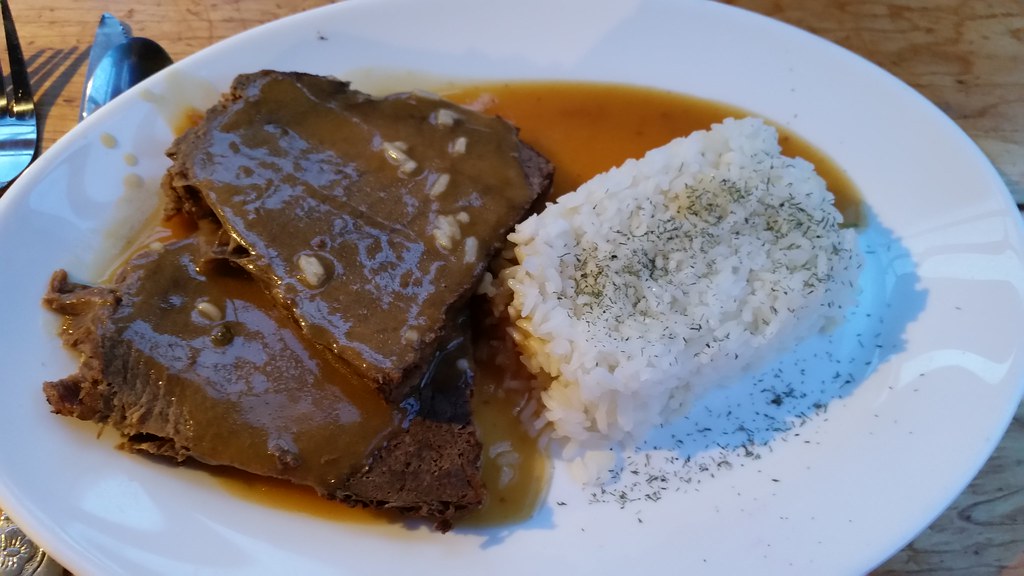 I expected refugio food to be bad, and they were. No surprises there. This meat was pretty tough and dry, even with sauce. 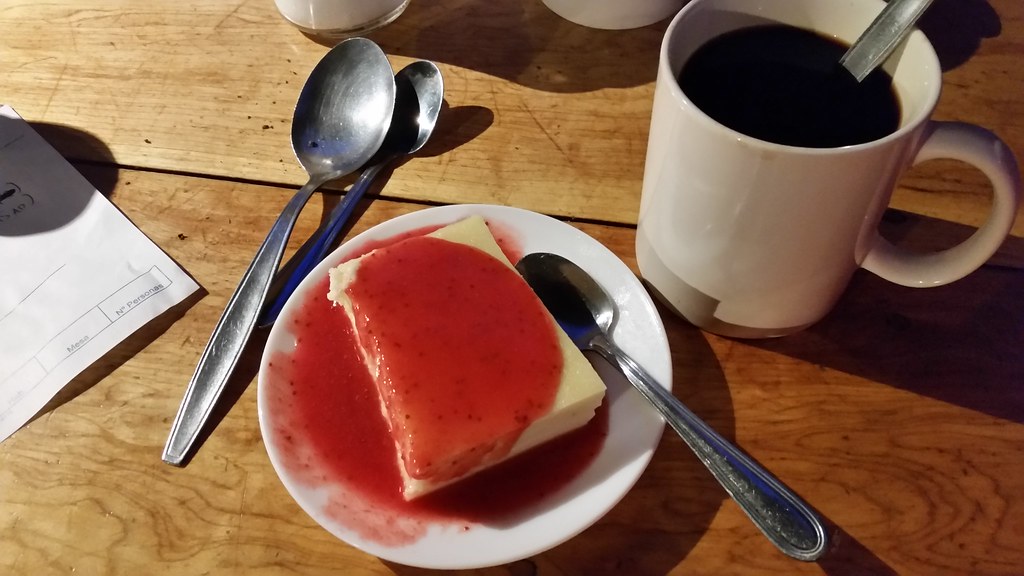 We stayed at the “domo” and at the “refugio”. Both of these are in the same place — you go to the same registration front desk to check in. The domos are the big white tents that look like domes (duh). Our first night there was horrible. It was so windy that the domos were shaking like crazy. I kept drifting in and out of consciousness and it felt like we were in the middle of an avalanche. Even the guy who worked there said he only had 3 hours of sleep. I can’t imagine how people who camped outside felt. It was also weird that the door couldn’t stay closed and nobody got up to close it. I guess they needed their sleep and just didn’t want to get up.

Next up: The Road to French Valley!