I first encountered this dish at SD26, a chic, modern Italian restaurant in the Flatiron district of Manhattan. Their one famous dish was this, Uova (egg) Da Raviolo (ravioli; dumpling filled with egg).  I was fascinated with how they got the egg perfectly runny inside this big dumpling, so I searched for the perfect recipe. There were many but I decided to attempt with this, and a YouTube video helped as well.

First, I made my own pasta dough. I used 1.5 cups of flour and 3 eggs. In retrospect, I wish I had a pasta maker to roll it out. I spent hours with a rolling pin but still couldn’t get to the thickness I wanted (thin as paper). 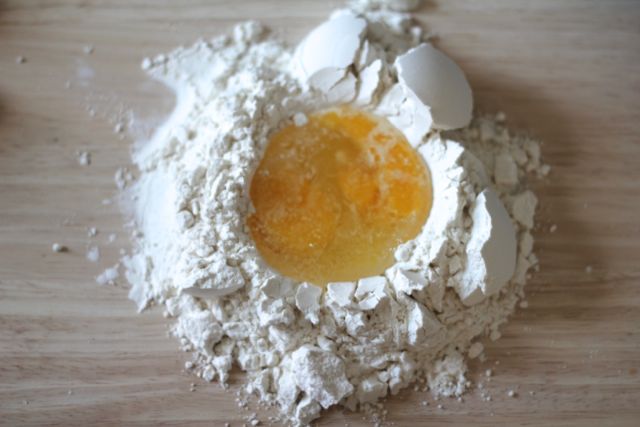 Incorporate the eggs with a fork and then your fingers into the flour. After the dough forms, set it aside with a plastic wrap.

I then made the cheese filling with parmesan and ricotta. Mix it all together with a bit of salt and pepper.

Then, put it in a ziplock bag and into the fridge!

Roll the dough out.

You don’t have to cut the pasta into the round shape yet, you can do it after you put the fillings and the egg on it. I just did it to save time. And also it looks cool in pictures.

Fry up 4 thick slices of bacon, set them aside and leave the pan with its remnants of bacon fat…

Remember the ziplock bag? Cut a small hole at the corner. Place the cheese on the pasta so that it forms a well for the egg.

Plop the egg yolk in! 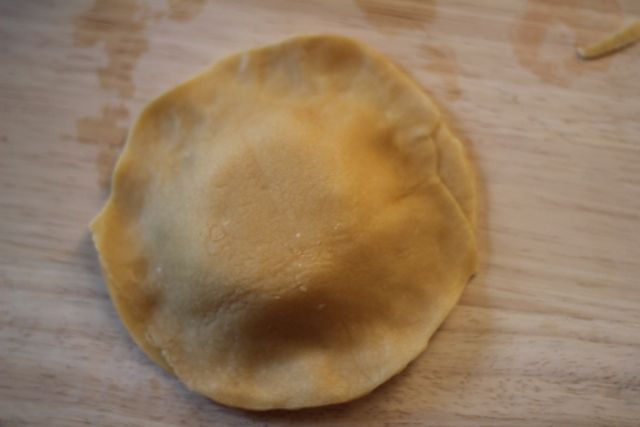 Cover with another sheet of pasta, seal with egg yolk and water mixture and cut to your desired shape.

Boil each dumpling in water for about 3 minutes. You can also put it back on the pan (with all that bacon fat) for a quick minute or so. Serve with bacon and sage. I didn’t have truffle oil but that would’ve been a great addition.

Note: Pasta needs to be thin as paper. This time, it was too thick for my liking. Will improve next time!