It was the week between my mom and my birthdays. Perfect for a girls only getaway! We went from Monday to Thursday; I can’t imagine the amount of tourists that would crowd around the city on the weekends.

This was my first trip EVER to SF, and I learned many things along the way. I’m already planning my next trip out here!

Mistake #1: At SFO (San Francisco International Airport), I purchased two one-day muni passes ($14) for both of us. It was later that I rendered them useless; you would have to take public transportation at least 7 times in a day to get your money’s worth. In other words — NOT worth getting! We walked everywhere and took the cable car only once, just for s&g. We did take the buses maybe 4 times, but they’re only $2 each way!

Mistake #2: From SFO, I decided to take a cab ($60) to the hotel in Union Square only because I was with M. We could’ve taken the BART for $8.25 and it probably would’ve taken the same amount of time. I specifically chose a hotel close to the BART and cable cars for this reason, but I didn’t want M to complain on the first day.

After we checked into the hotel, we started our adventure!

We walked from Union Square to Chinatown, which took only 10-15 minutes. 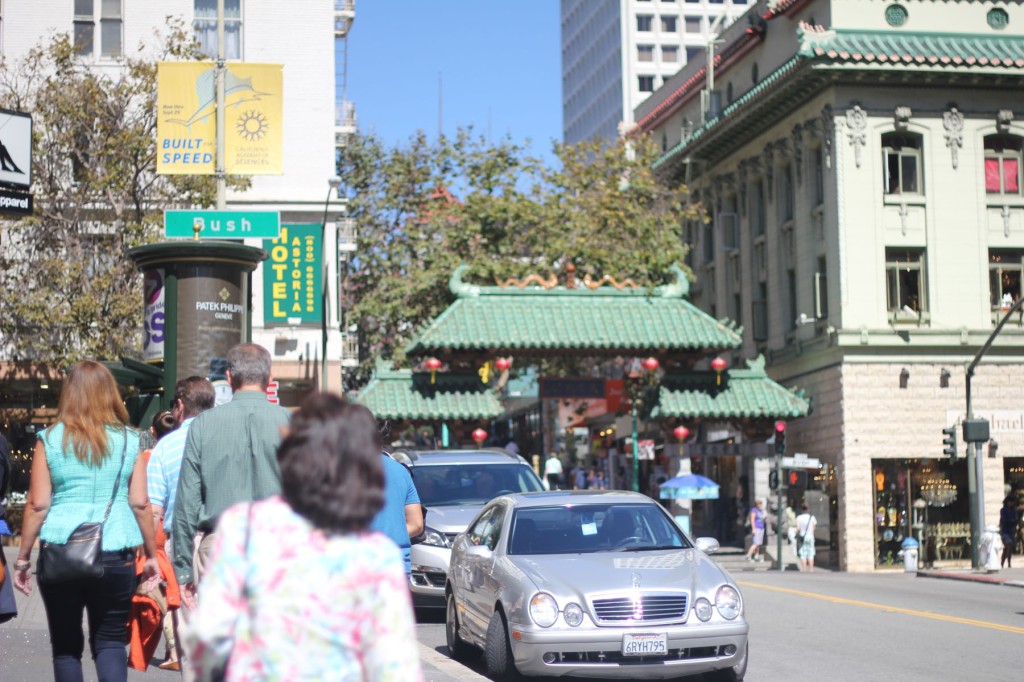 We took some obligatory Chinatown arch photos and walked down Grand Street. 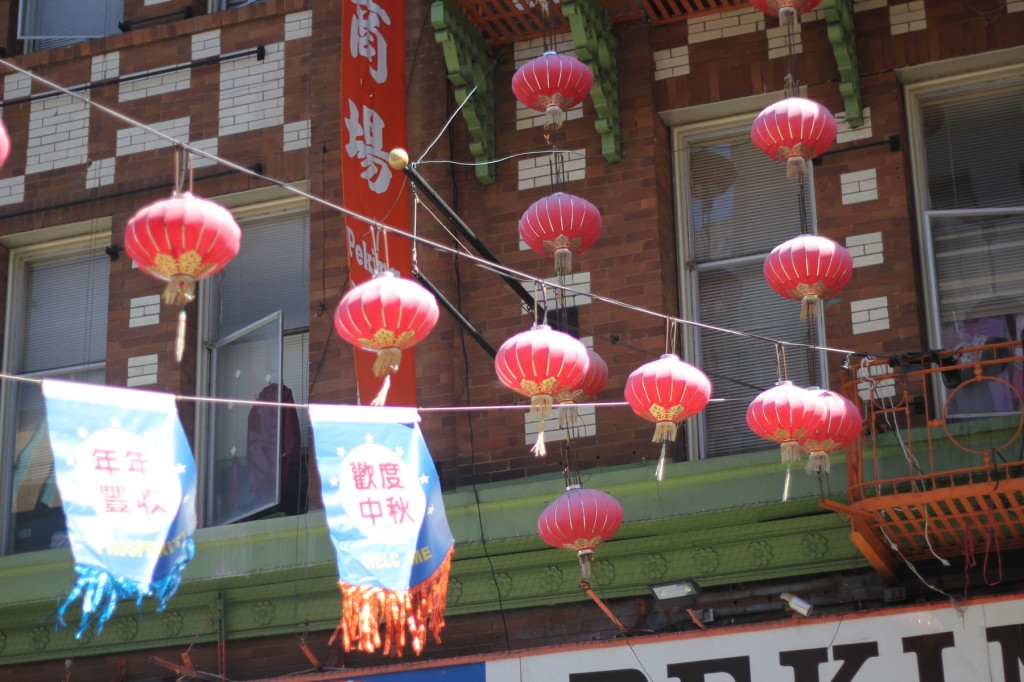 Festive decorations everywhere due to upcoming Mid-autumn Festival in September!

You can sneak a peak at the Bay Bridge.

(Random lady sitting across the table from us eating delicious noodles) 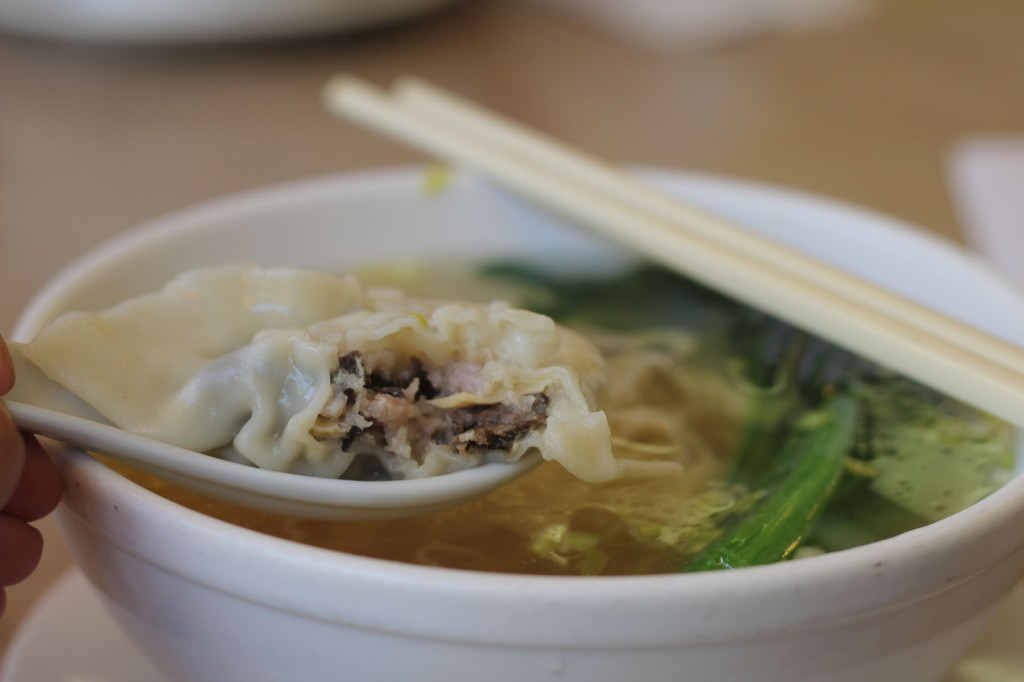 We walked East towards the water — about 20 minutes. This was a farther walk, and not very scenic. But we got there with no damage! 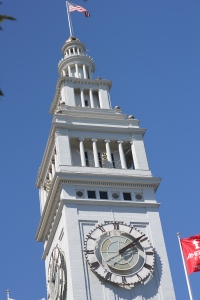 The Ferry Building Marketplace reminded me of Chelsea Market in New York, tons of little shops out in the open, blue bottle coffee, restaurants. 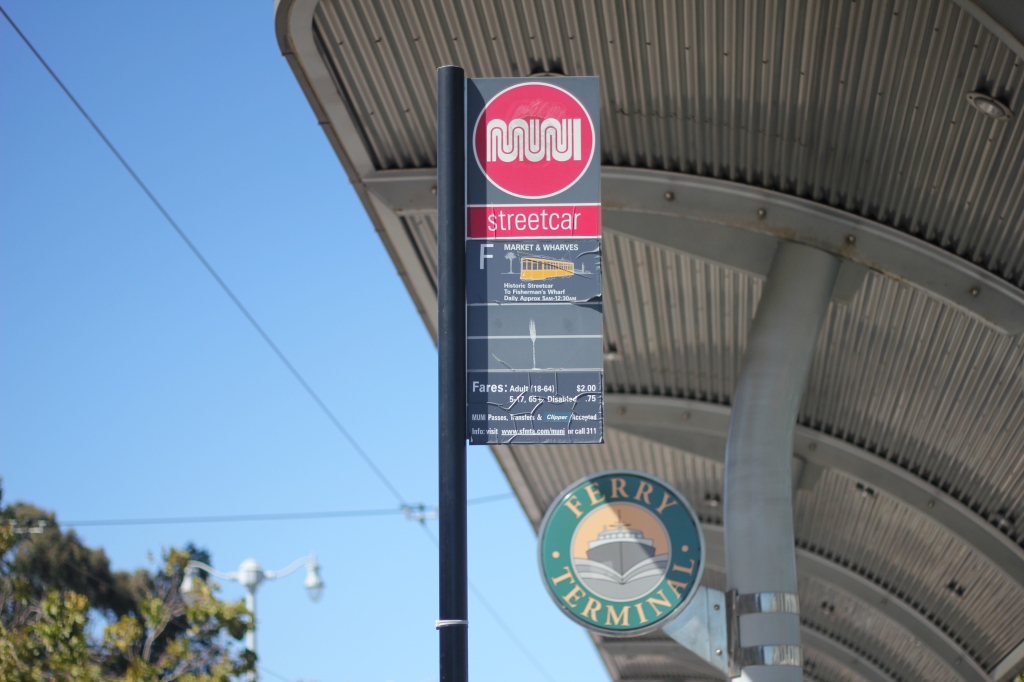 We waited a bit for the F to get to Fisherman’s Wharf, but decided to walk along the Embarcadero instead and enjoy the view! 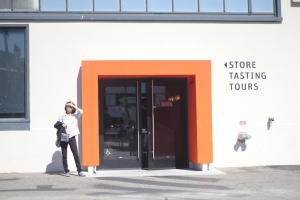 Got some chocolate from TCHO along the way.

It’s actually worth checking out — more shops, restaurants, and of course the famous sea lions! Just go past the carousel and follow signs to the stairs: 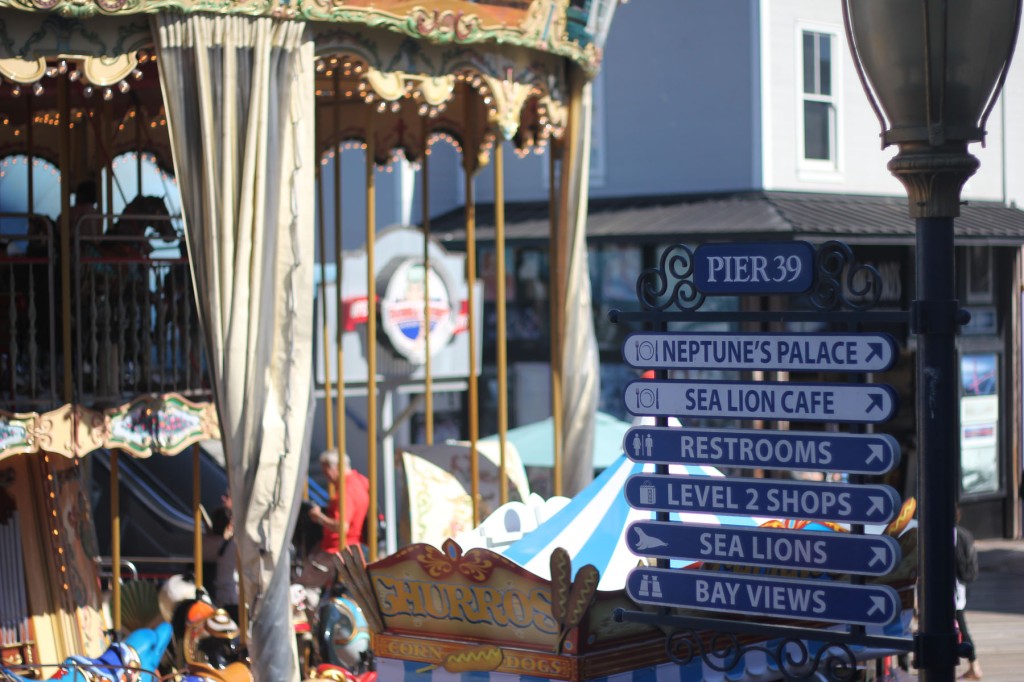 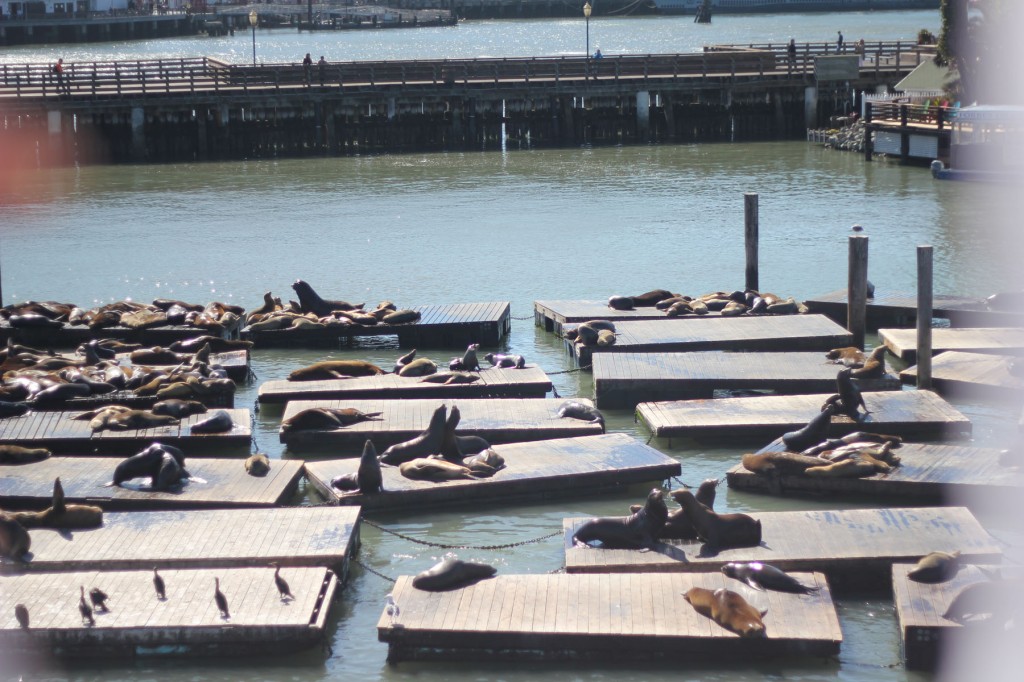 Walking further, we got to the wharf. It was chow time. Rather, clam chowder time… 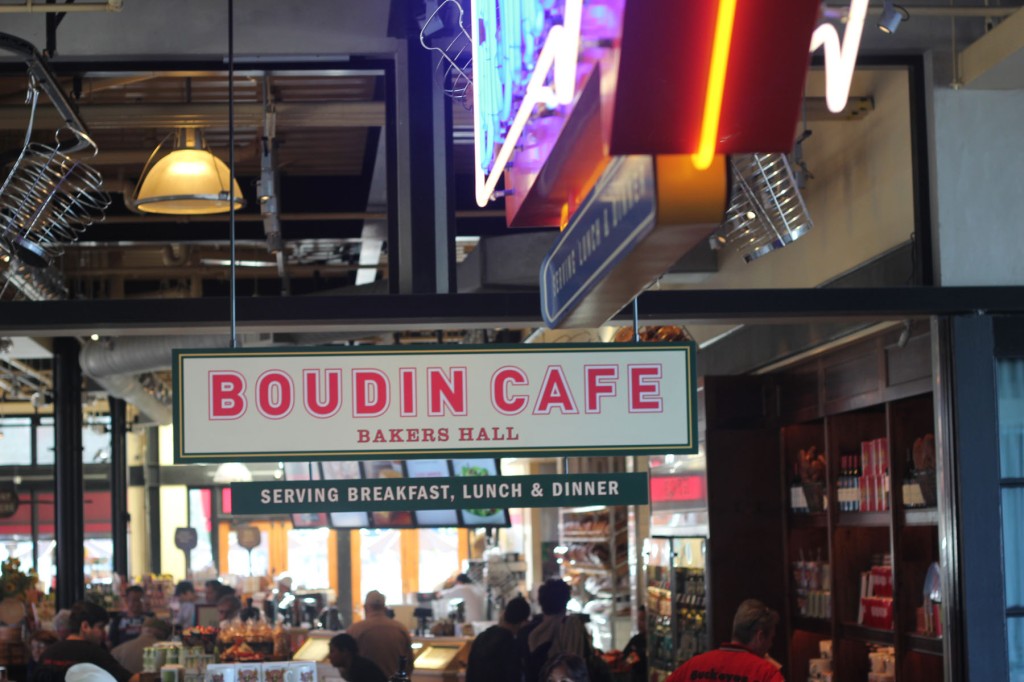 Walk up the stairs to Bistro Boudin: 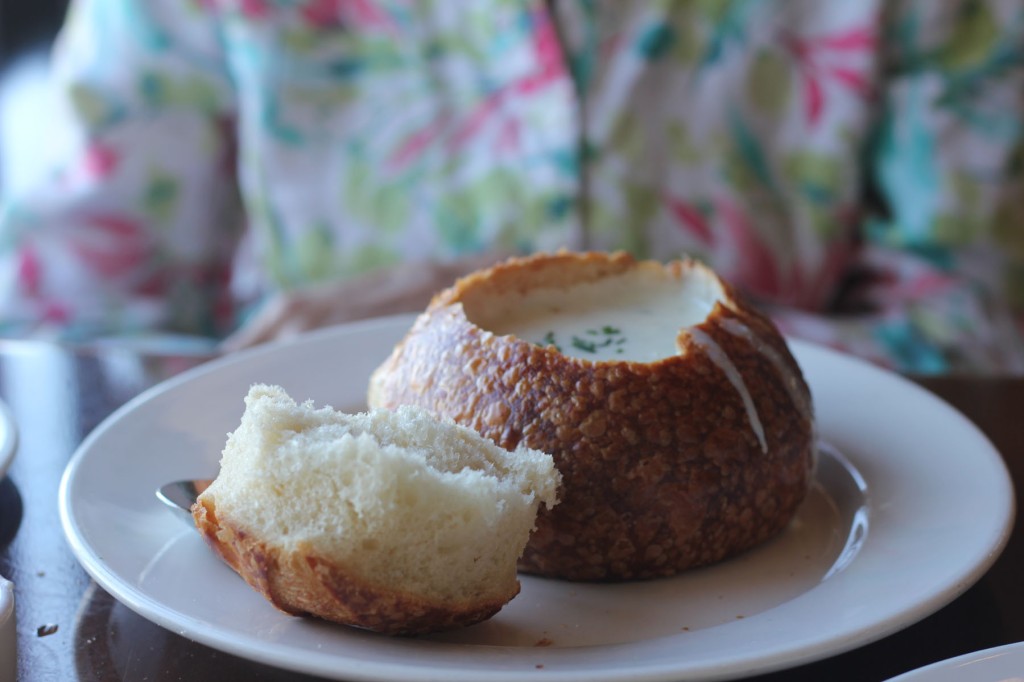 We got the famous bread bowl New England clam chowder — too much bread, too little soup.

One of the best crabcake sandwiches I’ve ever tasted. 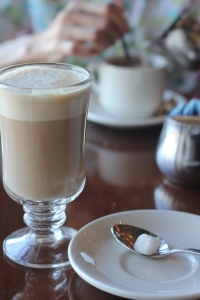 Stop #5: From the Wharf, we walked over to Ghirardelli Square. 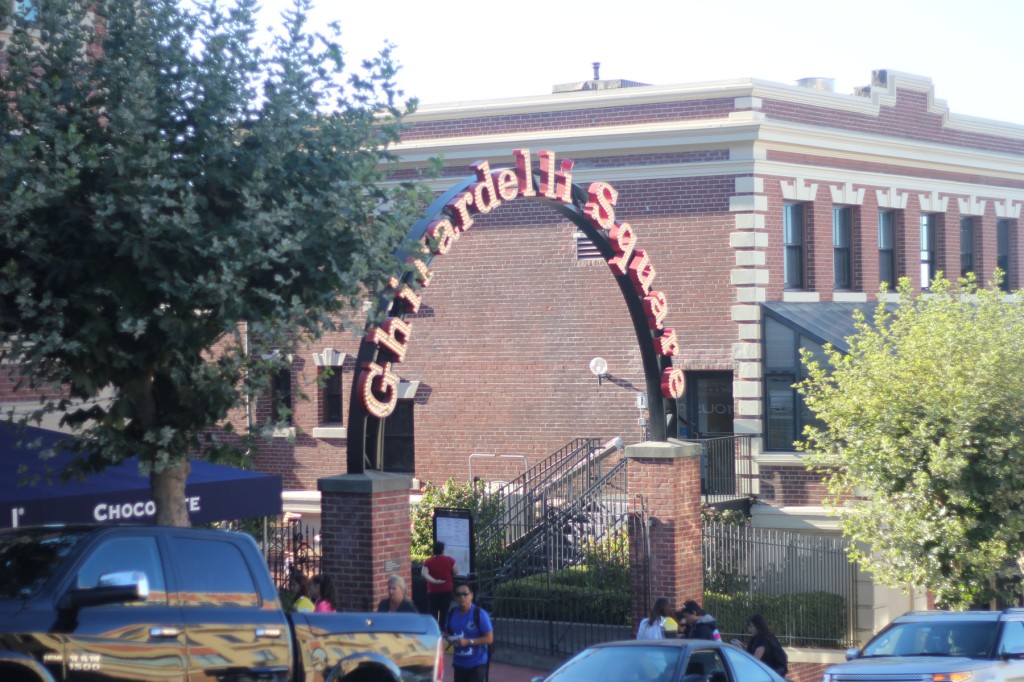 We went into the chocolate store, aka chocolate galore: 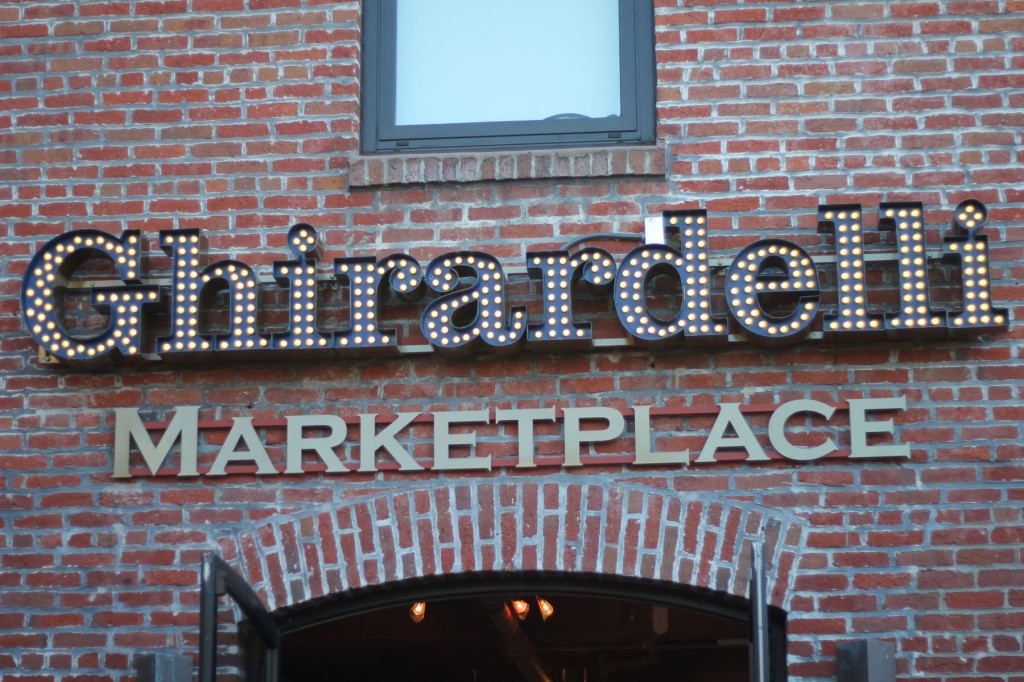 In addition to the ice cream and chocolate shop, there are also cute little boutiques that sell gift items and mementos.

Jackson and Polk — I absolutely adore this gift boutique! They have really cute, endearing jewelry, bags and trinkets.

Next to Ghirardelli Square is the main stop of one of the cable car lines — Powell-Hyde. You can see huge lines form and wrap around. 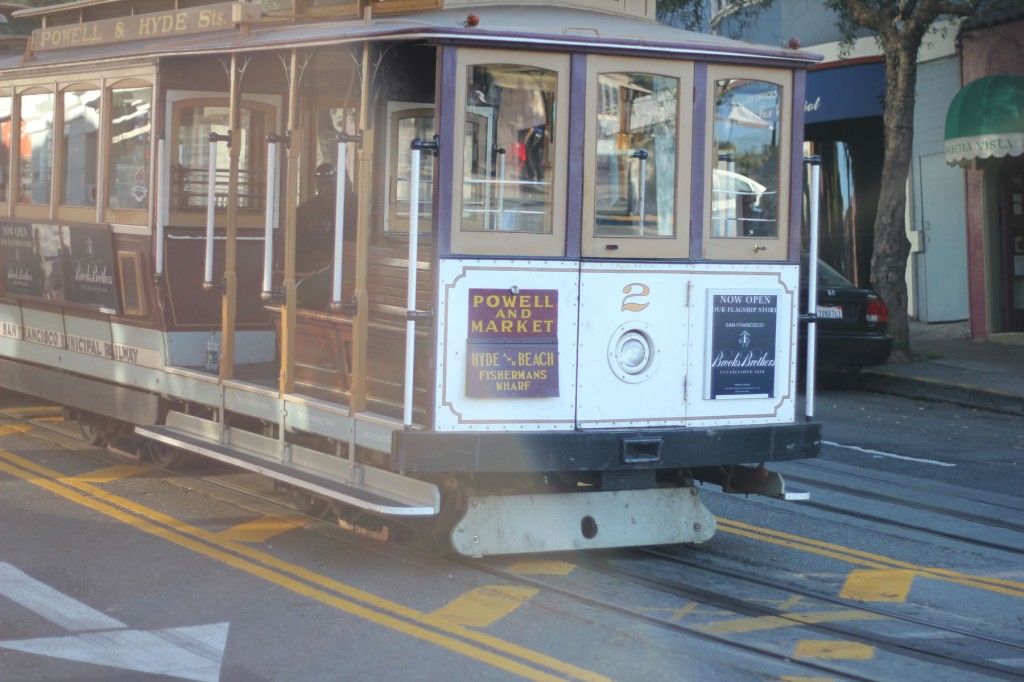 We saw the line for the cable car and decided to walk the rest of the way back to our hotel in Union Square — I don’t recommend this for those with weak knees; SF hills are no joke!

I underestimated my mom. She walked the whole way without complaining. We stumbled onto the other attraction that I hoped to see, Lombard Street. 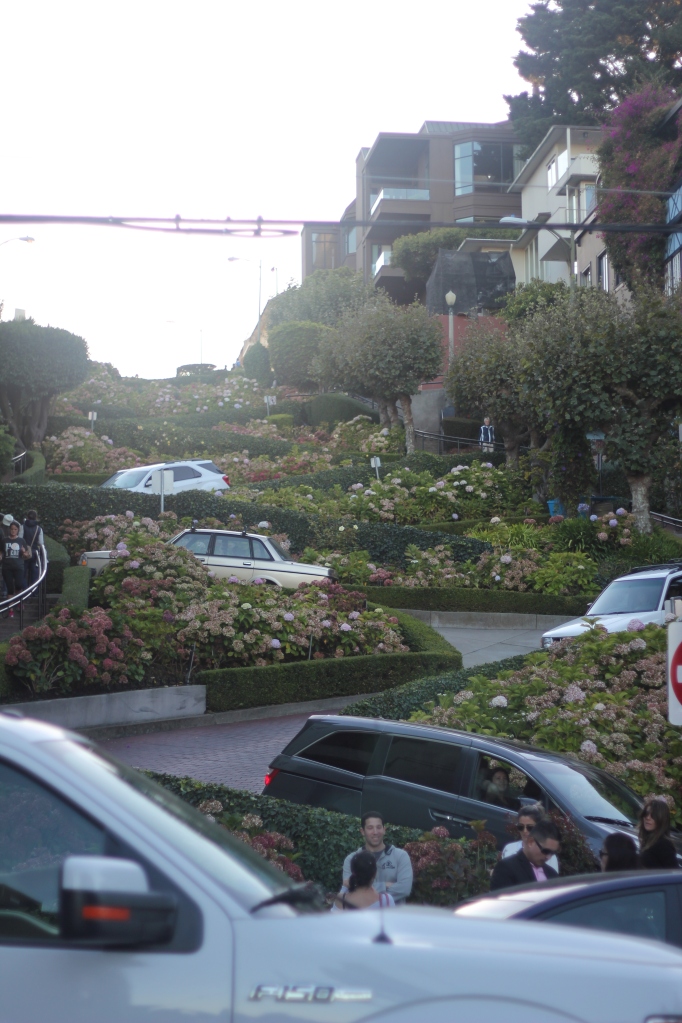 It was a beautiful walk, thanks to the great weather in SF. It was 70s and sunny everyday that we were there!